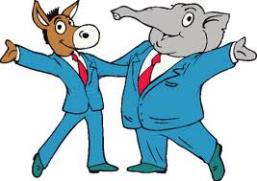 From the Minnesota House – Summary of SF 3

In July, Governor Dayton requested and President Obama declared a major disaster for damage caused by the severe storms, straight-line winds, and flooding in late June of this year.

Schools with damages from the June storms

School district were mentioned during the discussion of SF 3 (Storm relief bill) by Sen. Terri Bonoff.  She said school districts across the State had not applied for aid in this $4.5 million dollar package due a disconnect at MDE. In her senate district, Wayzata School District spent $450,000 in storm clean up and had not be included in SF 3.

After discussion on the senate floor the consensus for action by school districts was: 1) School district who are in all or part in these counties Benton, Big Stone, Douglas, Faribault, Fillmore, Freeborn, Grant, Hennepin, Houston, McLeod, Morrison, Pope, Sibley, Stearns, Stevens, Swift, Traverse, and Wilkin may apply for assistance. 2) Individual school districts that had damages from the June storms should notify their local emergency agency organization with the dollar amount of damages from the storms; and 3) Local EMS officials will then pass this Information on the Federal Emergency Management Agency (FEMA) and our state’s application could still be amended to include damages awards.

At MSBA we are encouraging all school board members that experienced storm damage in their school district to also alert their State Representative and State Senator. Their contact information cal be found at http://www.leg.state.mn.us/leg/legislators.aspx .

Also take a second and fill out this poll on what you believe is the most important issues facing Minnesota’s schools.