This session’s pension bill hit a major bump in the road.  The original sustainability package brought to the legislature did not gain enough interest to get it down the road.  Recall, this package would have closed a $1.5 billion funding gap due to increased member longevity according to a pension system experience study.  The package asked for shared sacrifice: 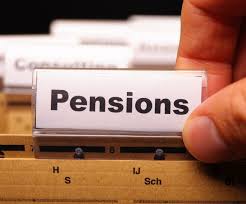 School districts would be asked to contribute $44 million.  Stakeholders, including Minnesota School Boards Association (MSBA) supported a solution to the pension issue as long as the state provided the school district’s share in the light of now new revenue for schools in 2016.

One week before the last day of session, pension officials made it clear that there would be no increased aid for employers to cover pension increases. School employers could no longer support the sustainability proposal.  As a result, the most recent proposal removed all the contributions with the exception of the one year lowering of the retiree COLA was removed from the pension bill. Additionally, this bill would extend the full funding of TRA (Teacher Retirement Association) from June 2037 until 2046.

Here are the key points in the partial pension bill:

Rep. Tim O’Driscoll, R-Sartell, who chairs the Legislative Commission on Pensions and Retirement (LCPR), said that much more needs to be done to stabilize the plans and that the COLA measure is only a start. O’Driscoll acknowledged that there is much “heartburn” over the partial solution, but said there is no funding forthcoming and that this action is one step in the right direction.

Rep. Mike Nelson, D-Brooklyn Park, said he was disappointed that not more is being done this year to support the pension funds, especially in a surplus year, and expressed support for pursuing a more complete solution next year. He said the state must meet its obligation to Minnesota’s public workforce to ensure that the plans are sustainable and that legislative solutions are fair and balanced.

Next year there will be a need to seek an on-going solution to stop the growth of TRA deficit and ensure our employees have a stable pension.