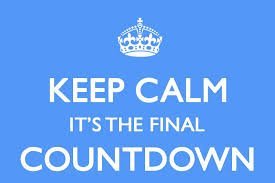 Last night the Supplemental Budget Committee met. As they still have not been provided a new target, we are still in a waiting game.  However, a notable education amendment was offered.

Rewind to earlier in the session when targets were first announced, the Governor, the House and Senate agreed to use repurposed money based on the repayment of Maximum Effort School Loans for education funding. The fiscal note for HF 3043 assumed six school districts would take advantage of a new authorization and early repayment of the loan, thus making available $52 million for education appropriations.

A bit of a surprise last Sunday, the Minnesota Management and Budget (MMB) office and the commissioner of education (Minnesota Department of Education MDE) sent a letter to Chairs Cohen and Knoblach, Senator Fischbach and Representative Carlson. The letter set out to make all aware of additional information about the supplemental budget provisions all three bodies adopted.  MMB and MDE believes the fund savings with the current proposal are not likely to exceed $31.137 million and could be as low as $18.001 million.  This is based on feedback the MDE received from several participating school districts that they weren’t likely to use the new repayment plan due to a one-day bond sale opportunity that works as a tool for participants.

According to Tom Deans, Minnesota School Boards Association’s legal counsel, the amendment would remove the advantage from doing any one-day bond sales. By losing that incentive, it would make it more likely for the participating districts to utilize the incentive in the bill, thus making the $52 million available.

We will be following closely and trying to obtain more information. Once again, stay tuned!