Sixty MSBA members (school board members and superintendents) attended Thursday’s Joint Legislative Conference in St. Paul to learn about education issues and to advocate at the state Capitol. 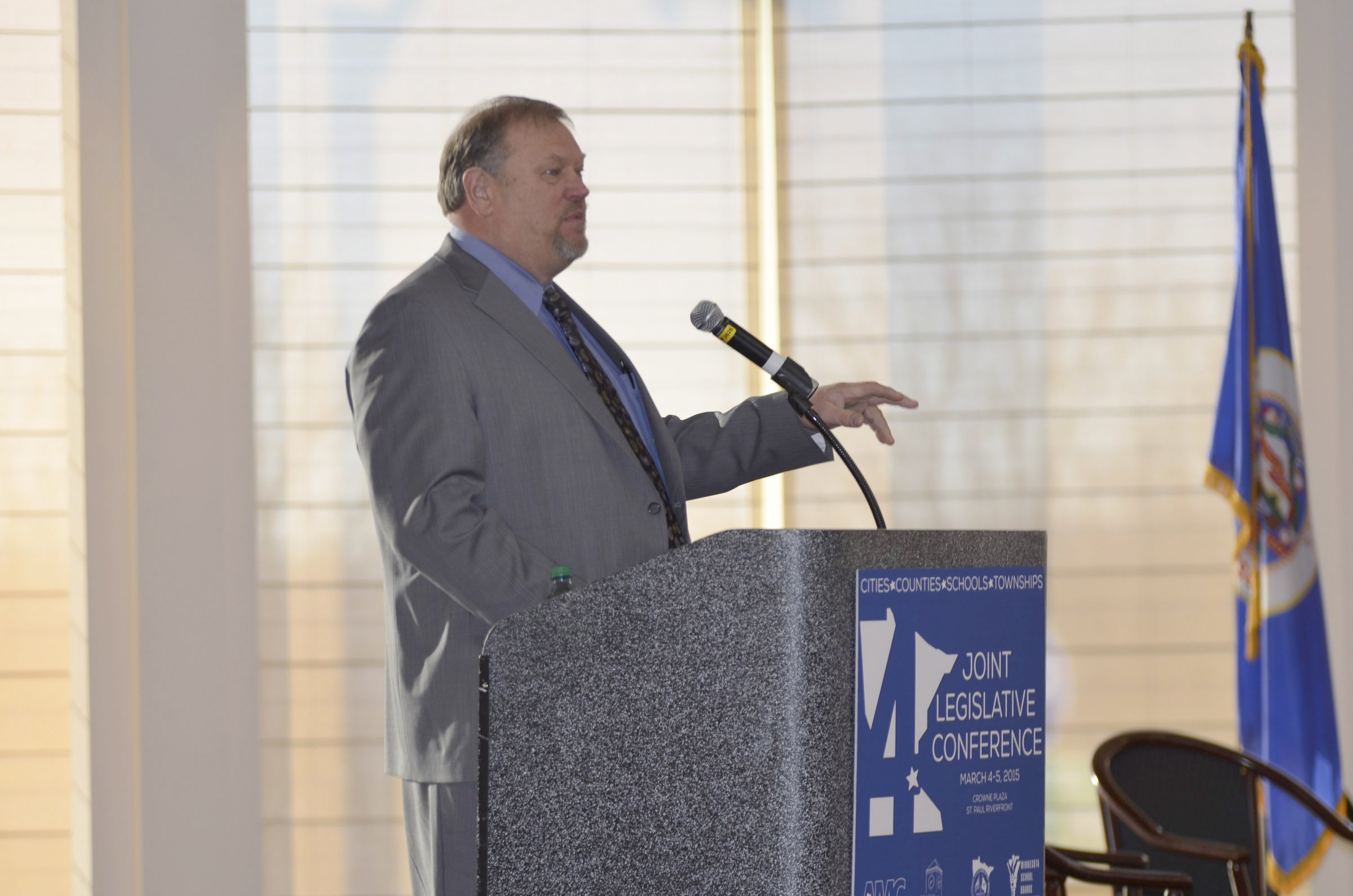 Senate Majority Leader Tom Bakk updated Joint Legislative Conference attendees on what Senate DFLers have planned for the remainder of the session. 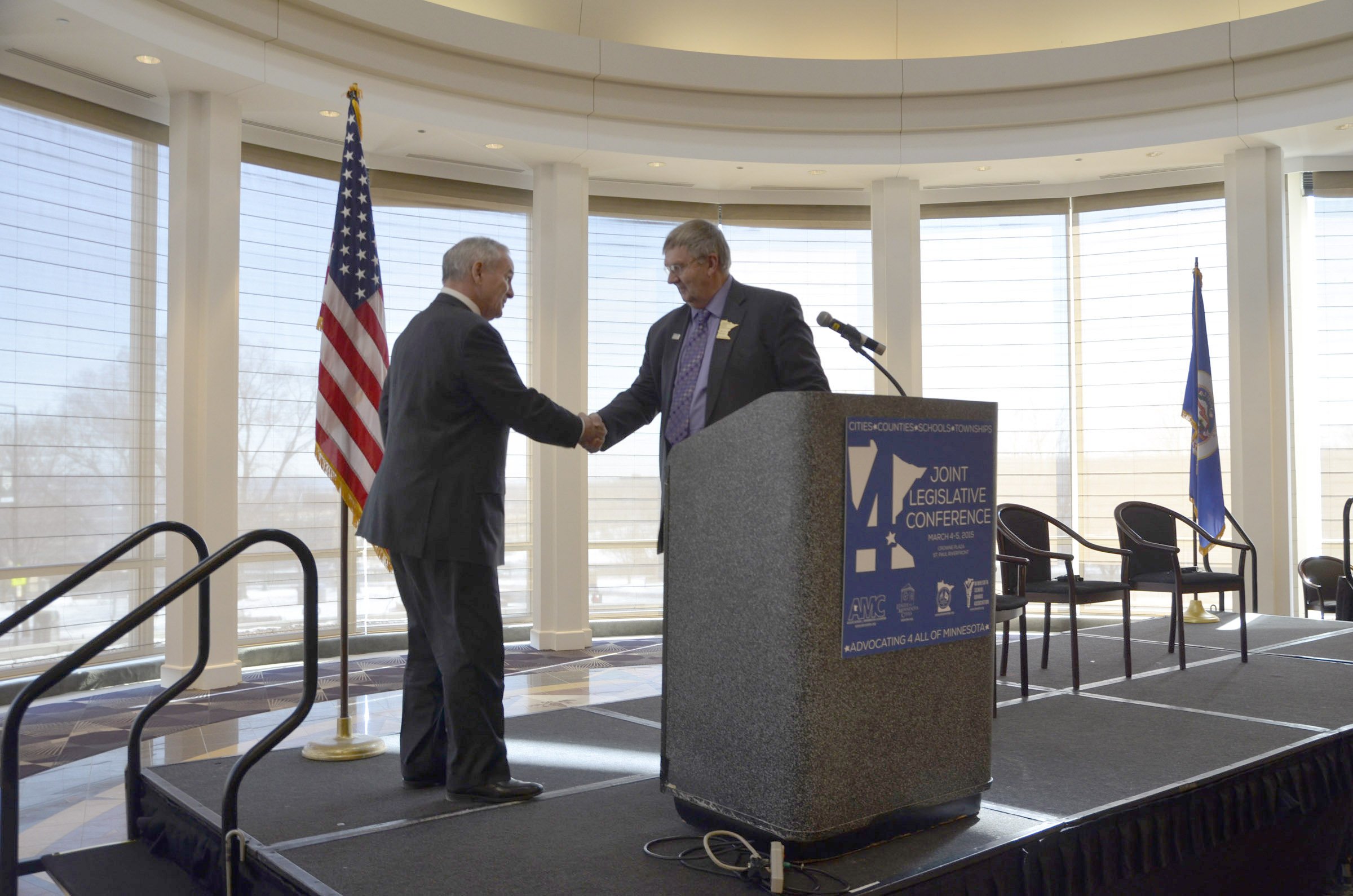 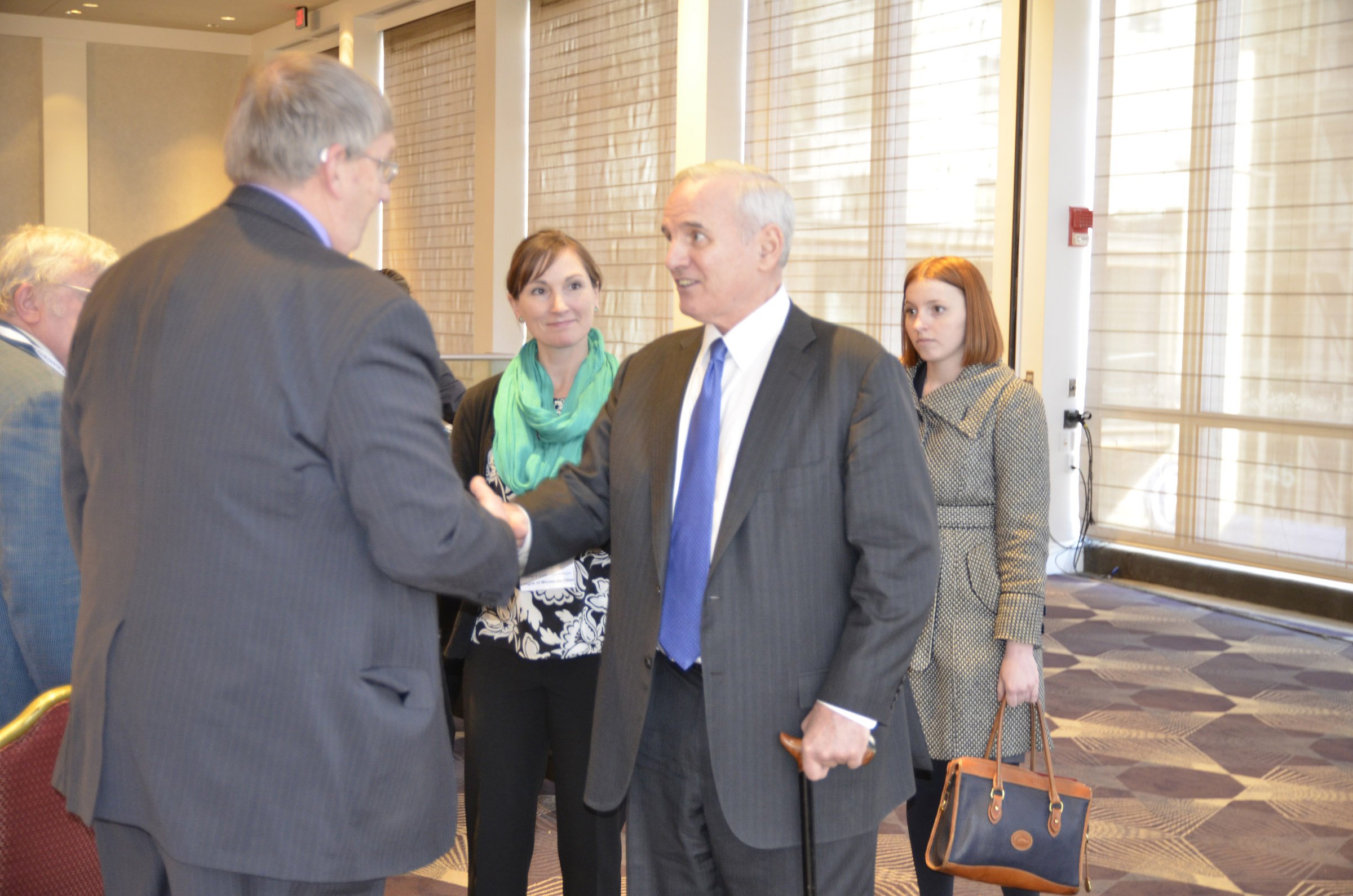 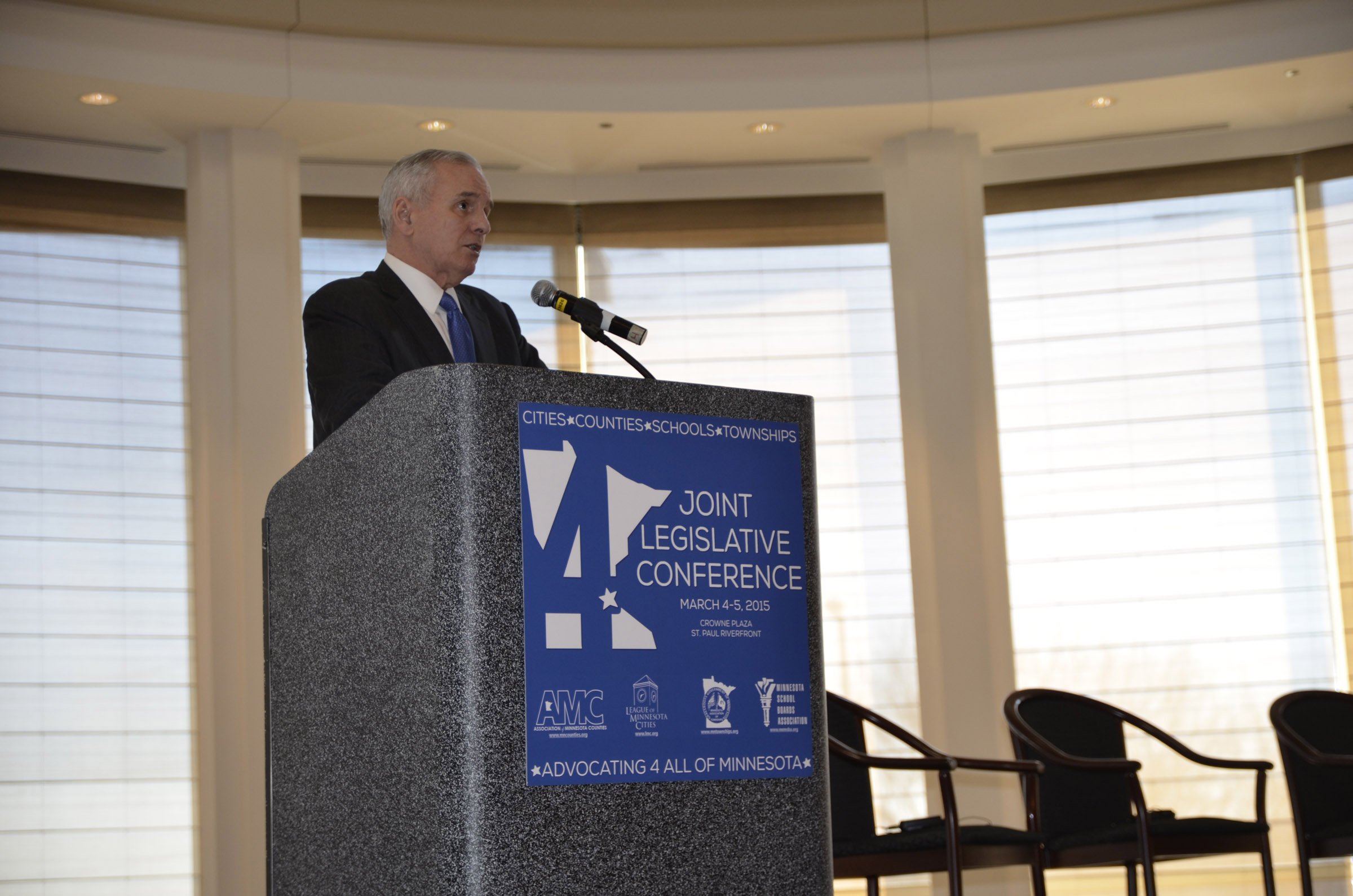 Gov. Mark Dayton told school board members and other local government leaders what to expect in the months ahead. 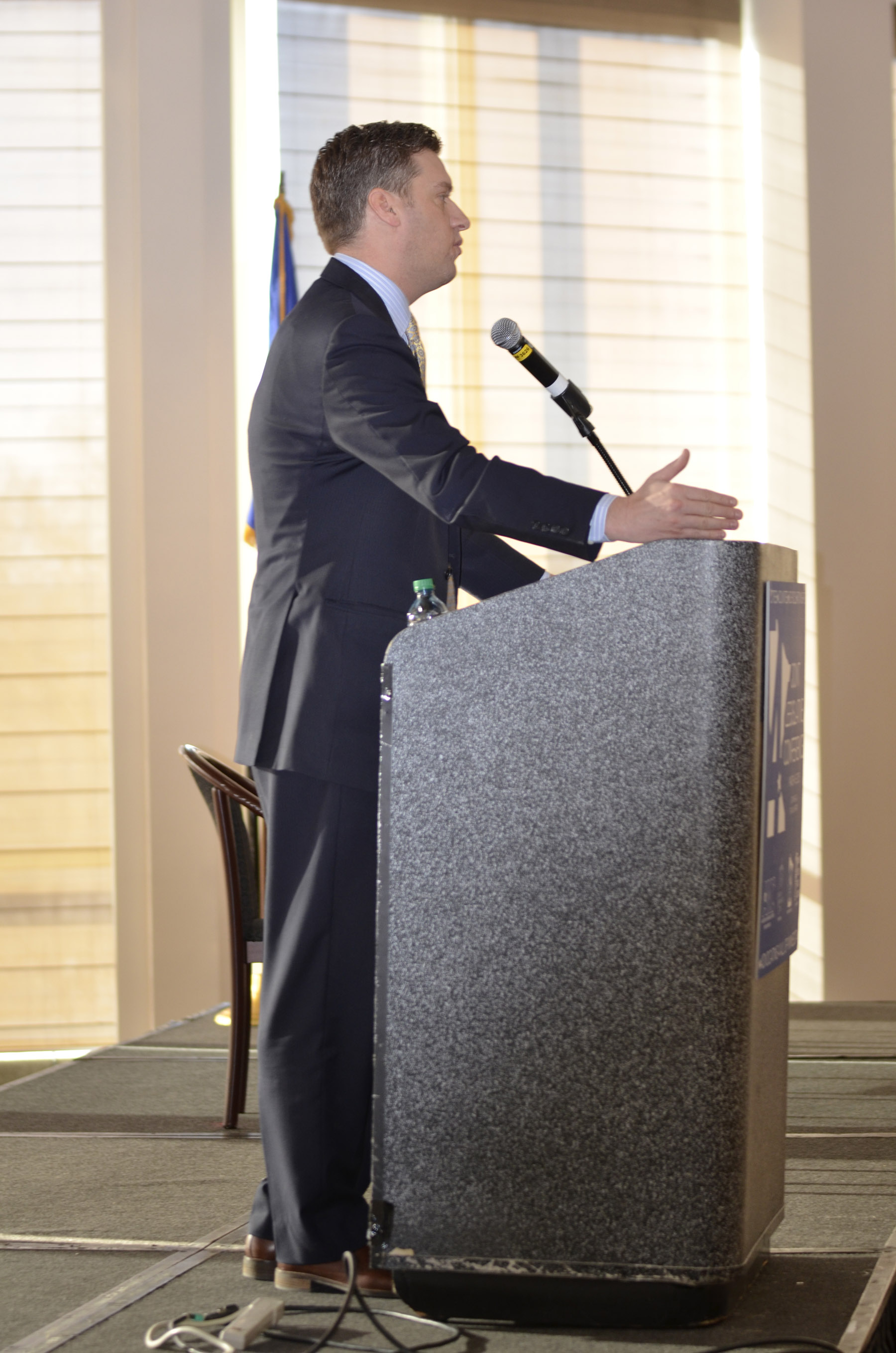 Speaker of the House Kurt Daudt told attendees explained the House Republicans’ vision and goals for the rest of the legislative session. 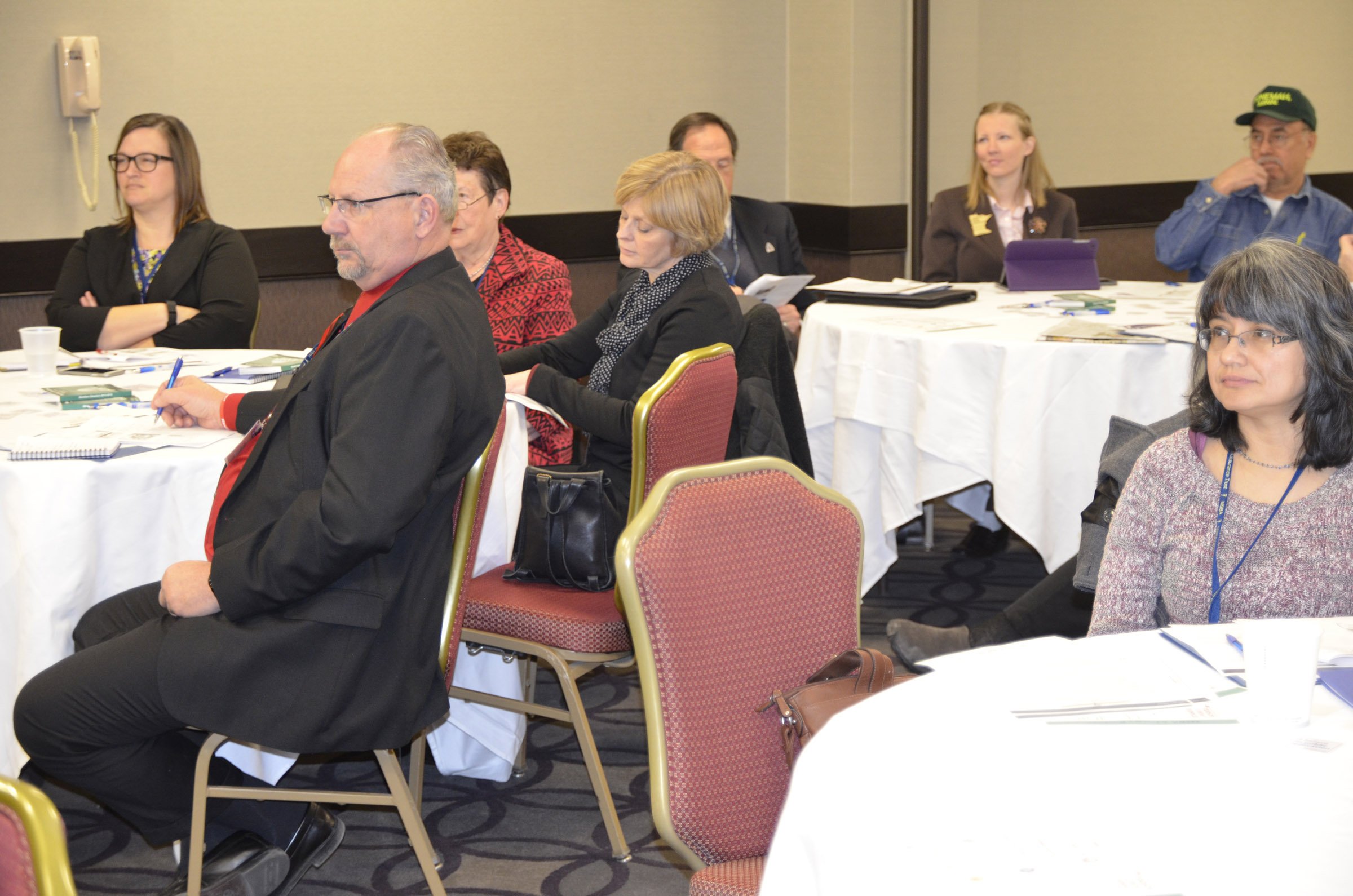 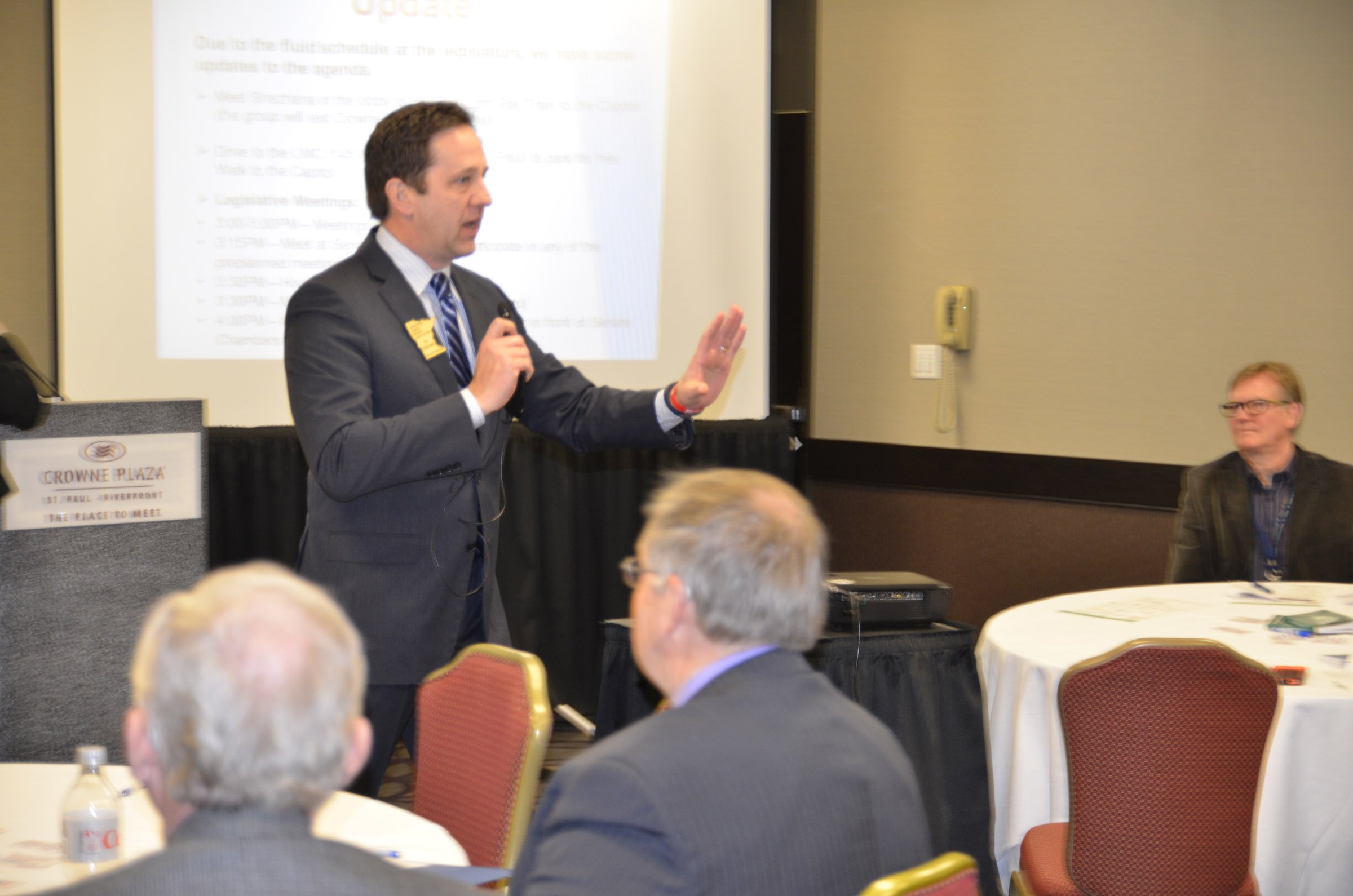 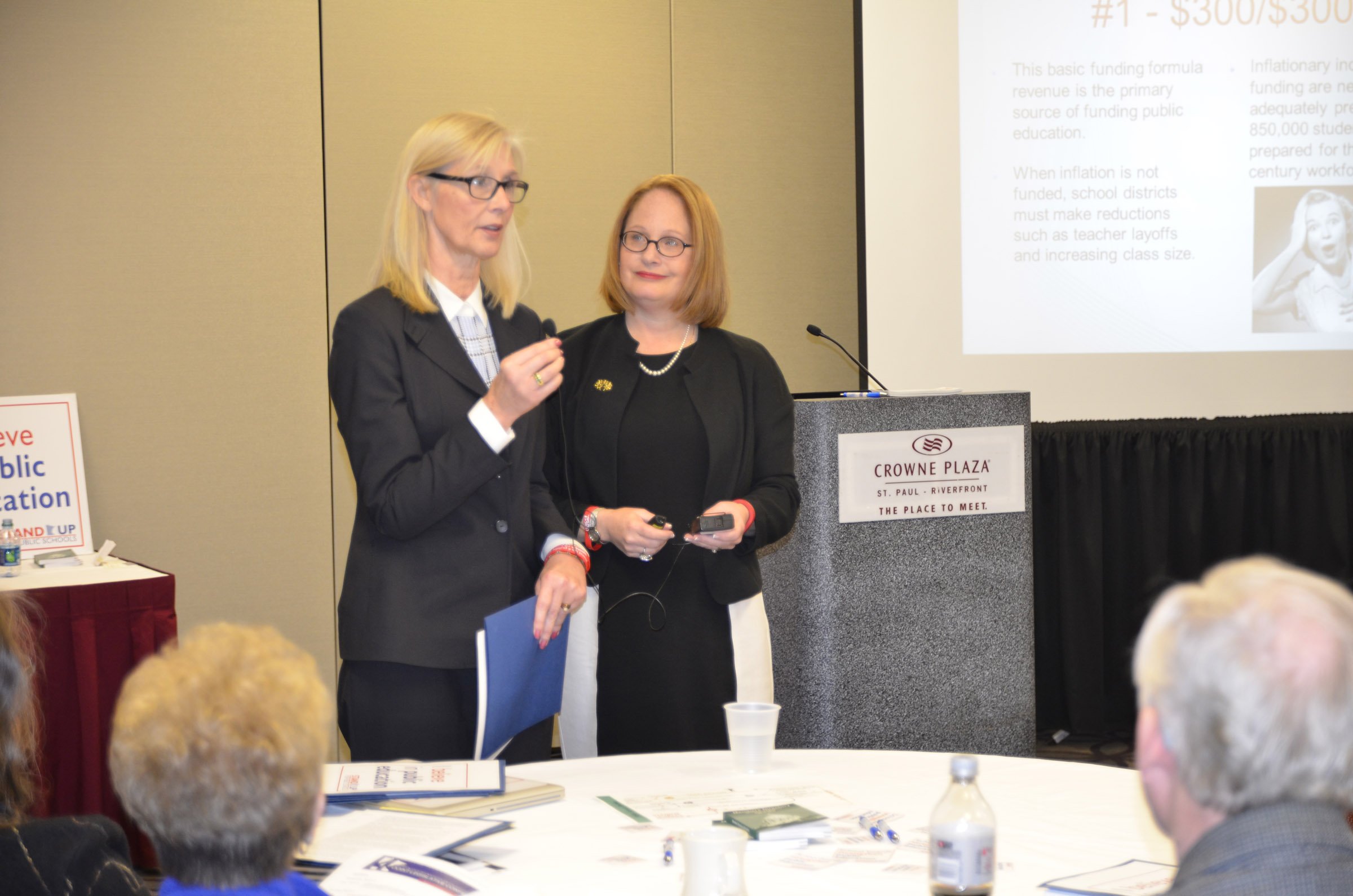 MSBA lobbyists Denise Dittrich (left) and Grace Keliher updated members on key issues during a breakout session. Visit https://www.mnmsba.org/Portals/0/PDFs/Advocacy/JLC-2015-MSBA-Breakout.pdf to view a copy of this presentation. 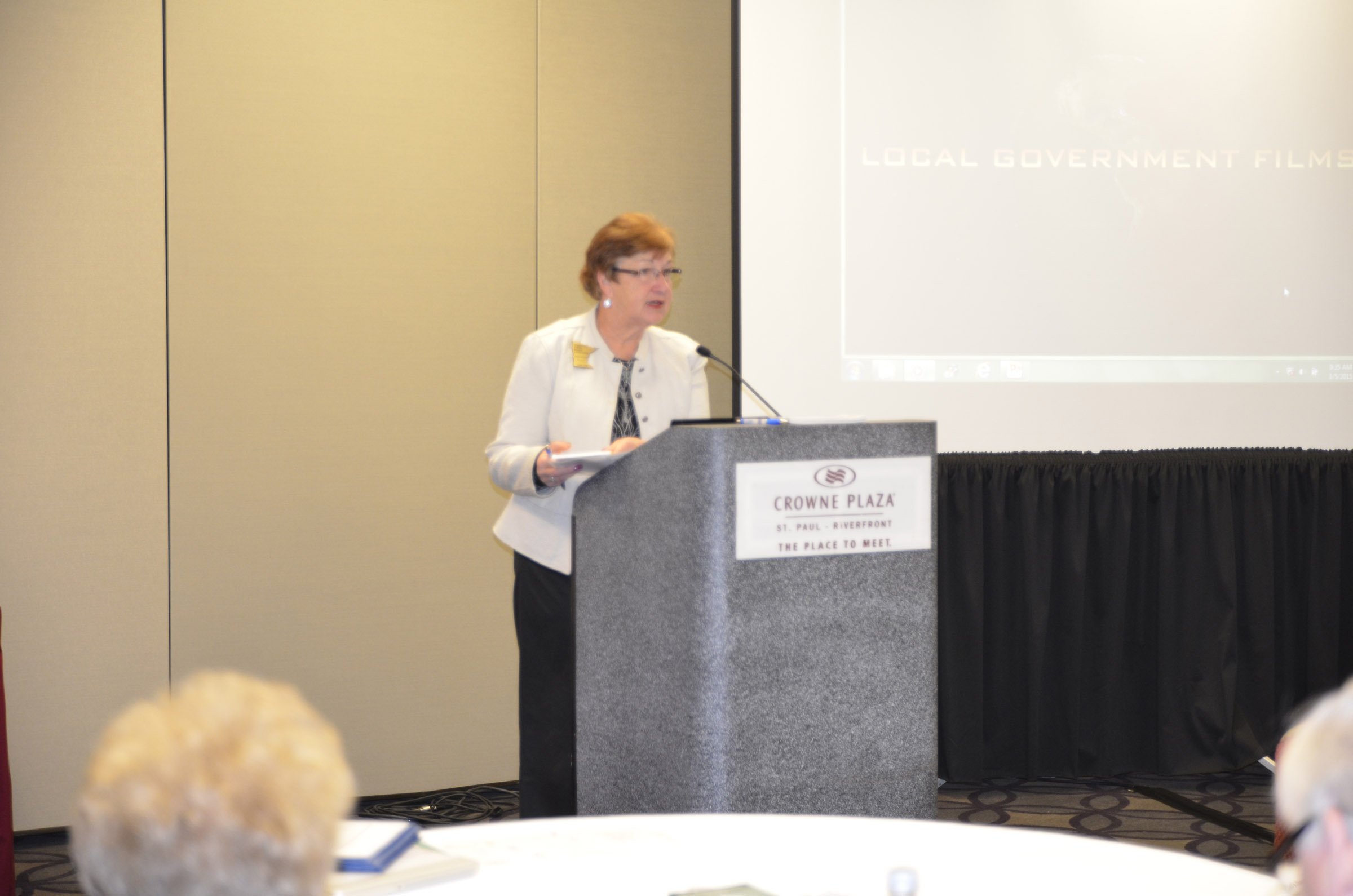 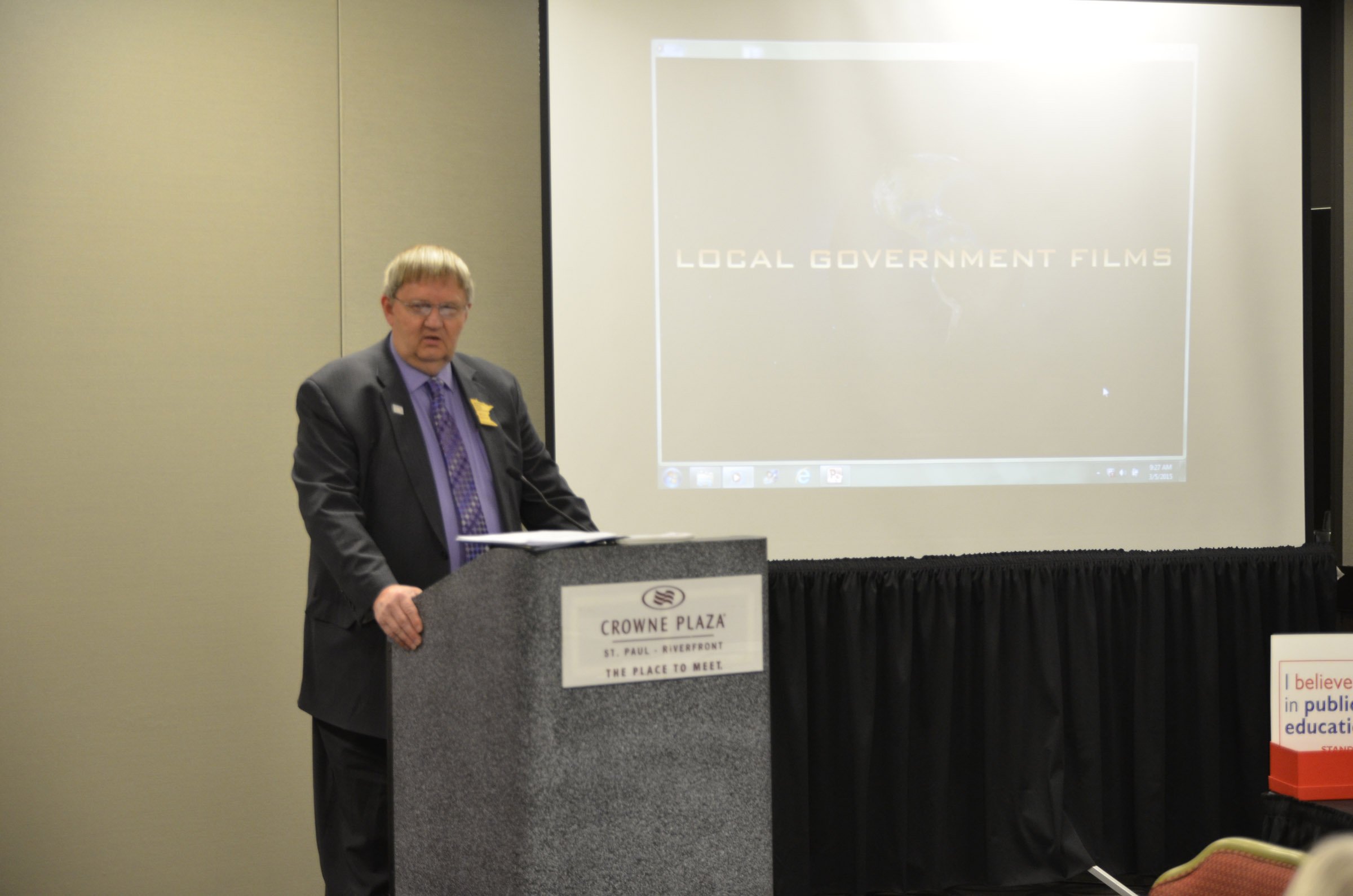 MSBA Past President Walter Hautala (Mesabi East) updates his school board colleagues on his recent trip to Washington, D.C., where he met with federal legislators to advocate for public education. 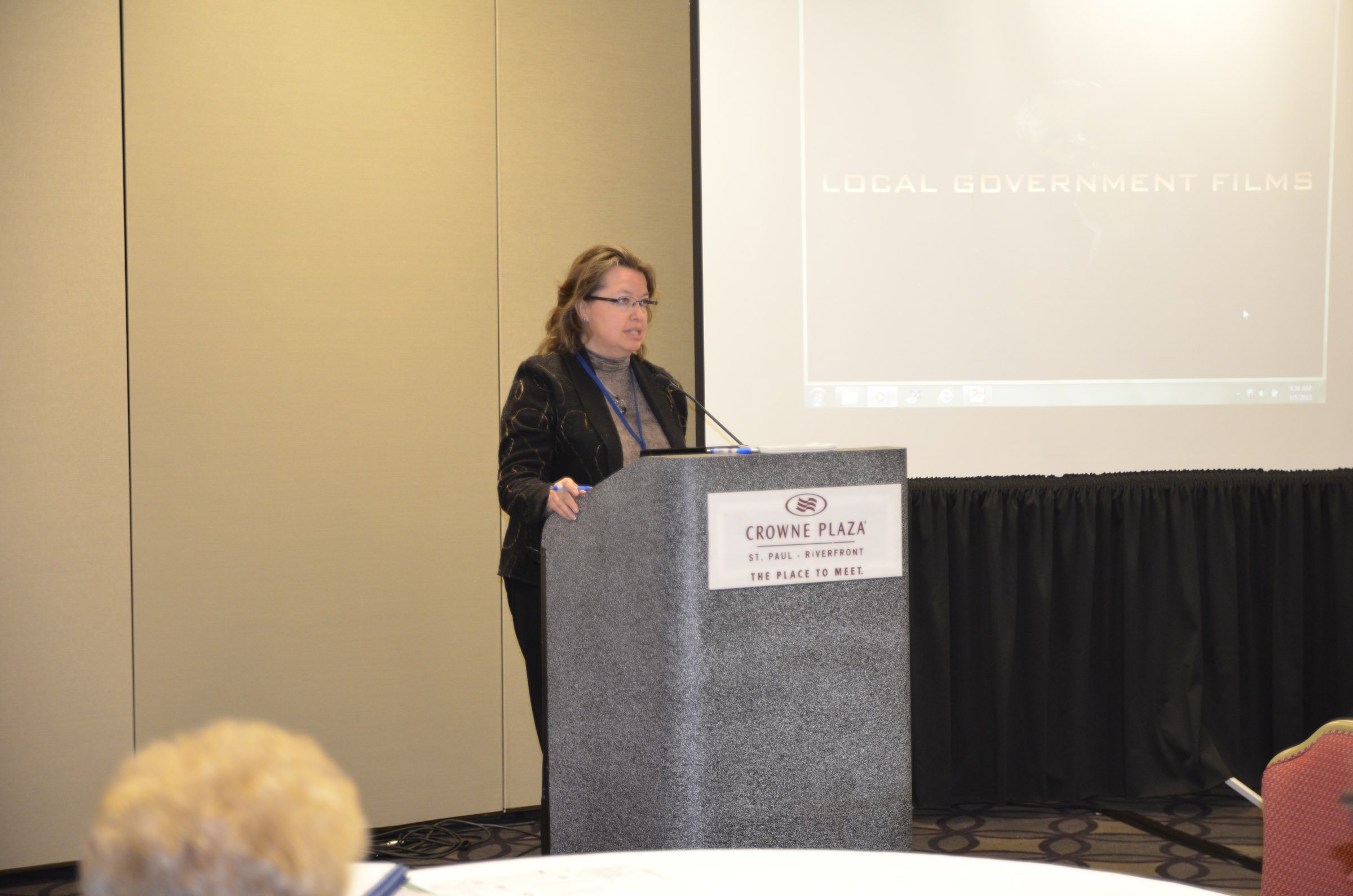 MSBA Board Director Kathy Green (Austin) talked about advocating for ESEA (aka NCLB) reauthorization during her recent trip to Washington, D.C. 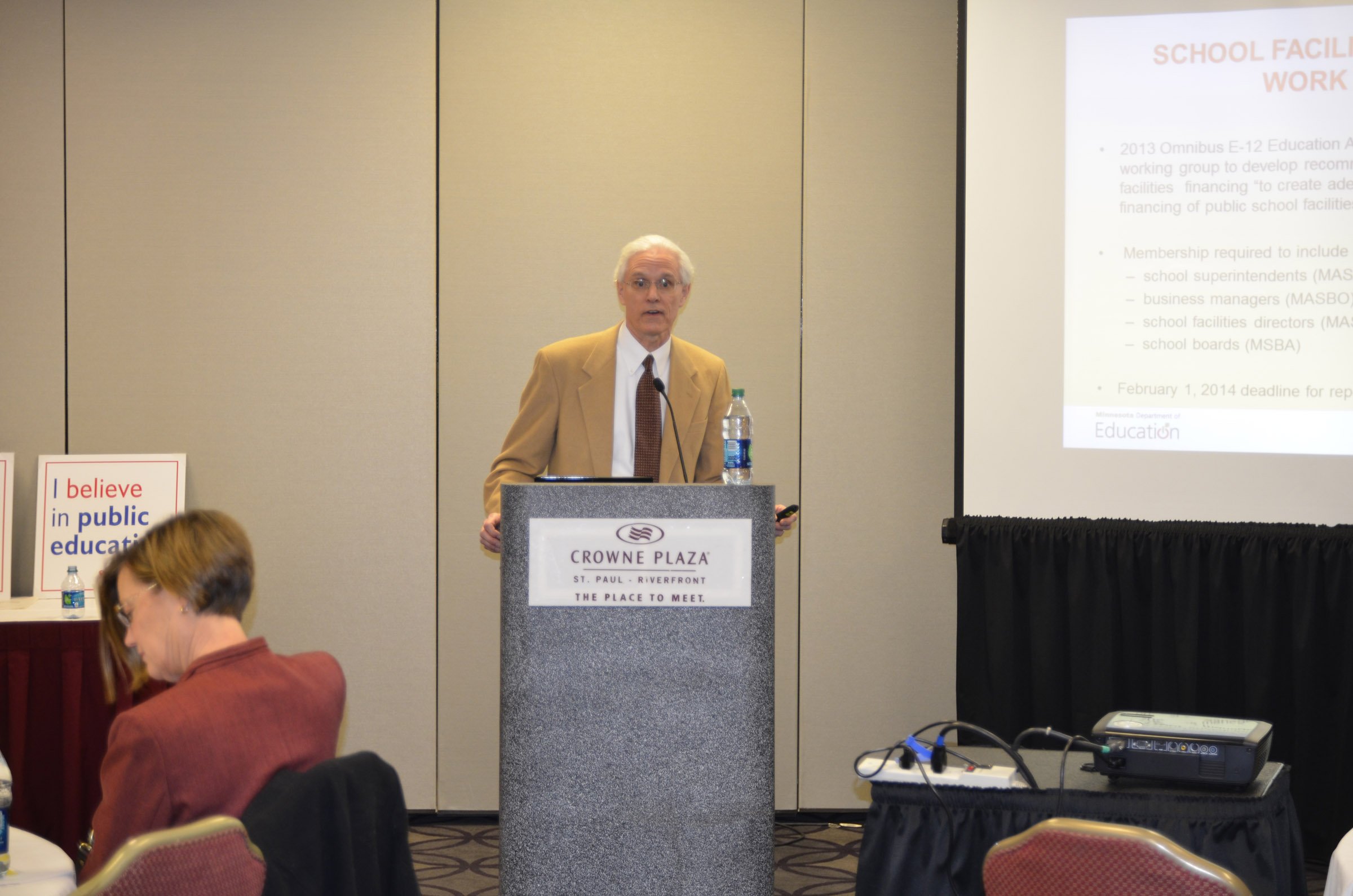 Tom Melcher (School Finance Director for the Minnesota Department of Education) presented “School Facilities Financing Working Group: Summary of Report and Recommendations” to MSBA members. You can view a copy of his presentation at https://www.mnmsba.org/Portals/0/PDFs/Advocacy/JLC-2015-SchoolFacilities.pdf. 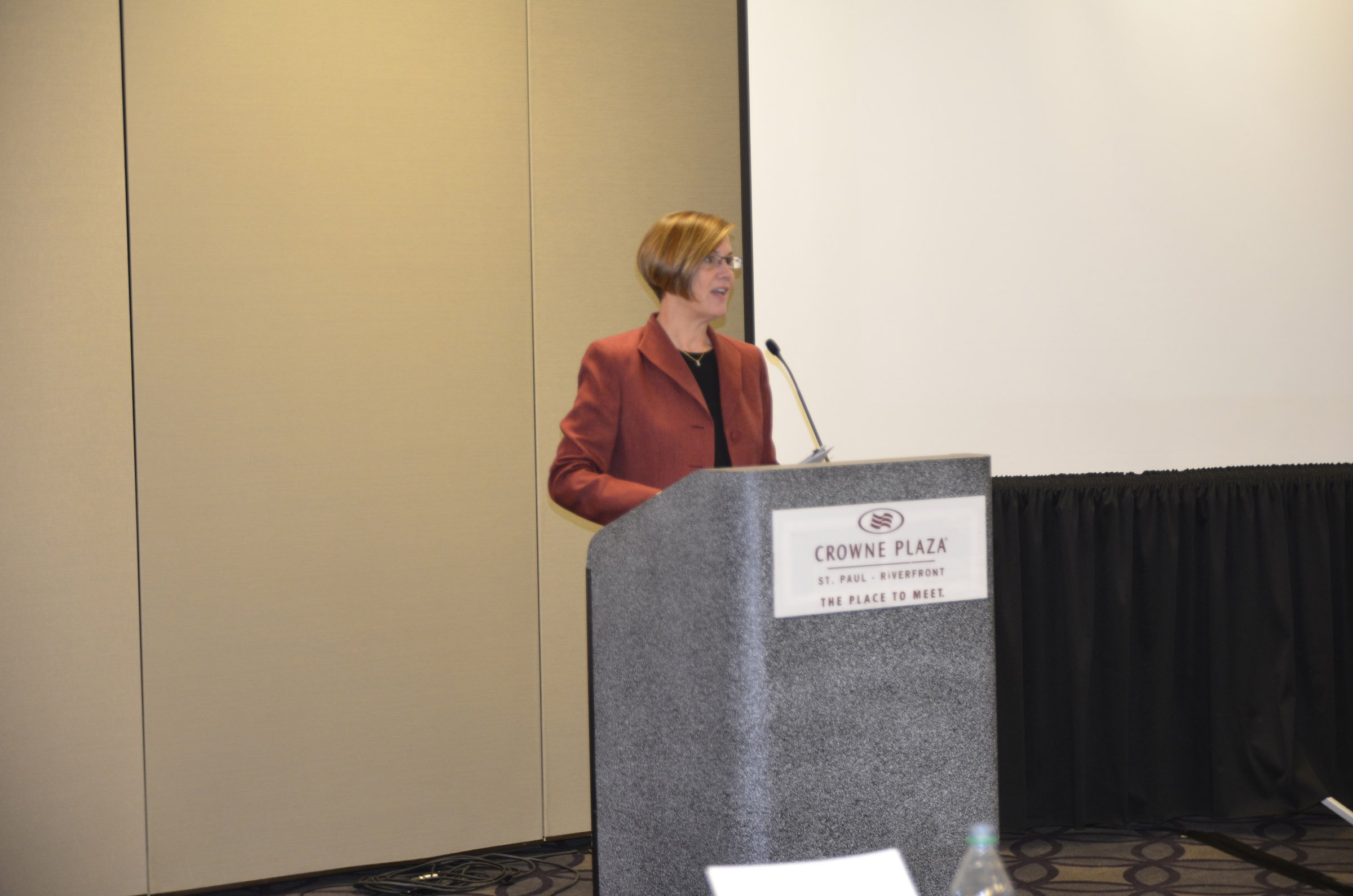 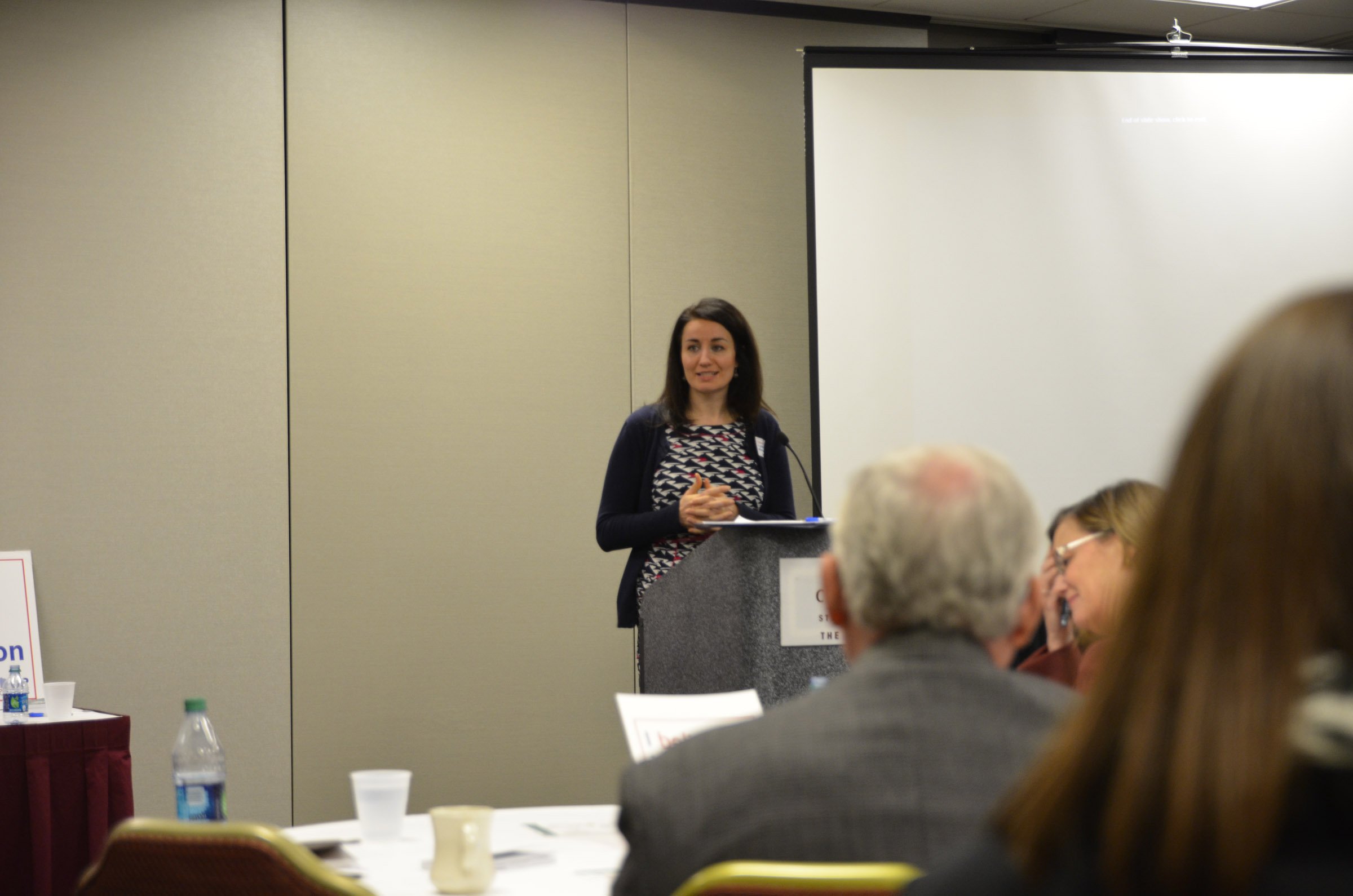 MSBA’s Snezhana Bessonov praised Tom Melcher for his review of school capital facilities and lauded Rep. Kim Norton for her work on the school start issue.

Tom Melcher (Minnesota Department of Education School Finance Director) and Rep. Kim Norton made a presentation on recommendations made by the School Facilities Financing Working Group. Click here to view of copy of Melcher’s presentation. 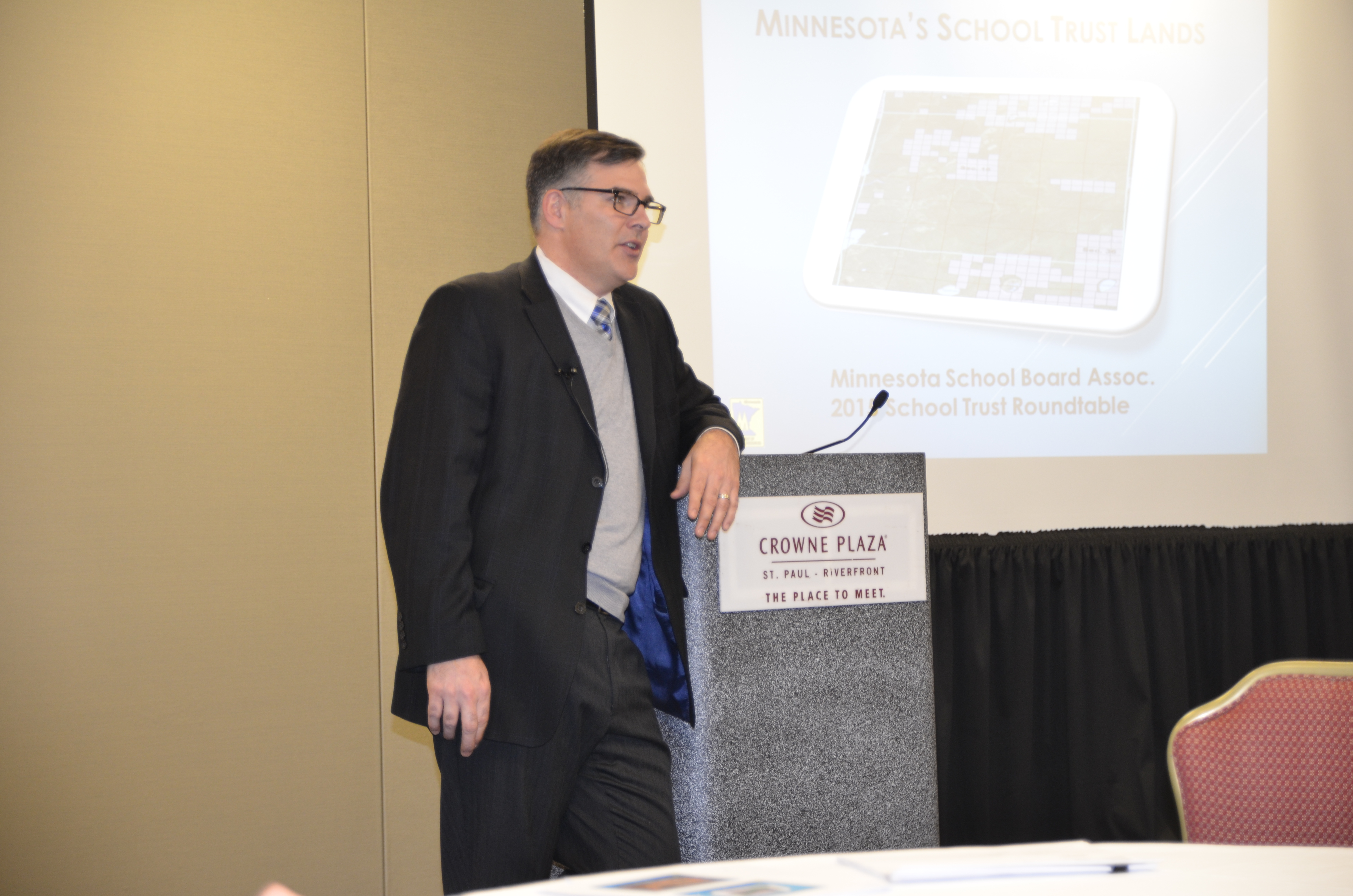 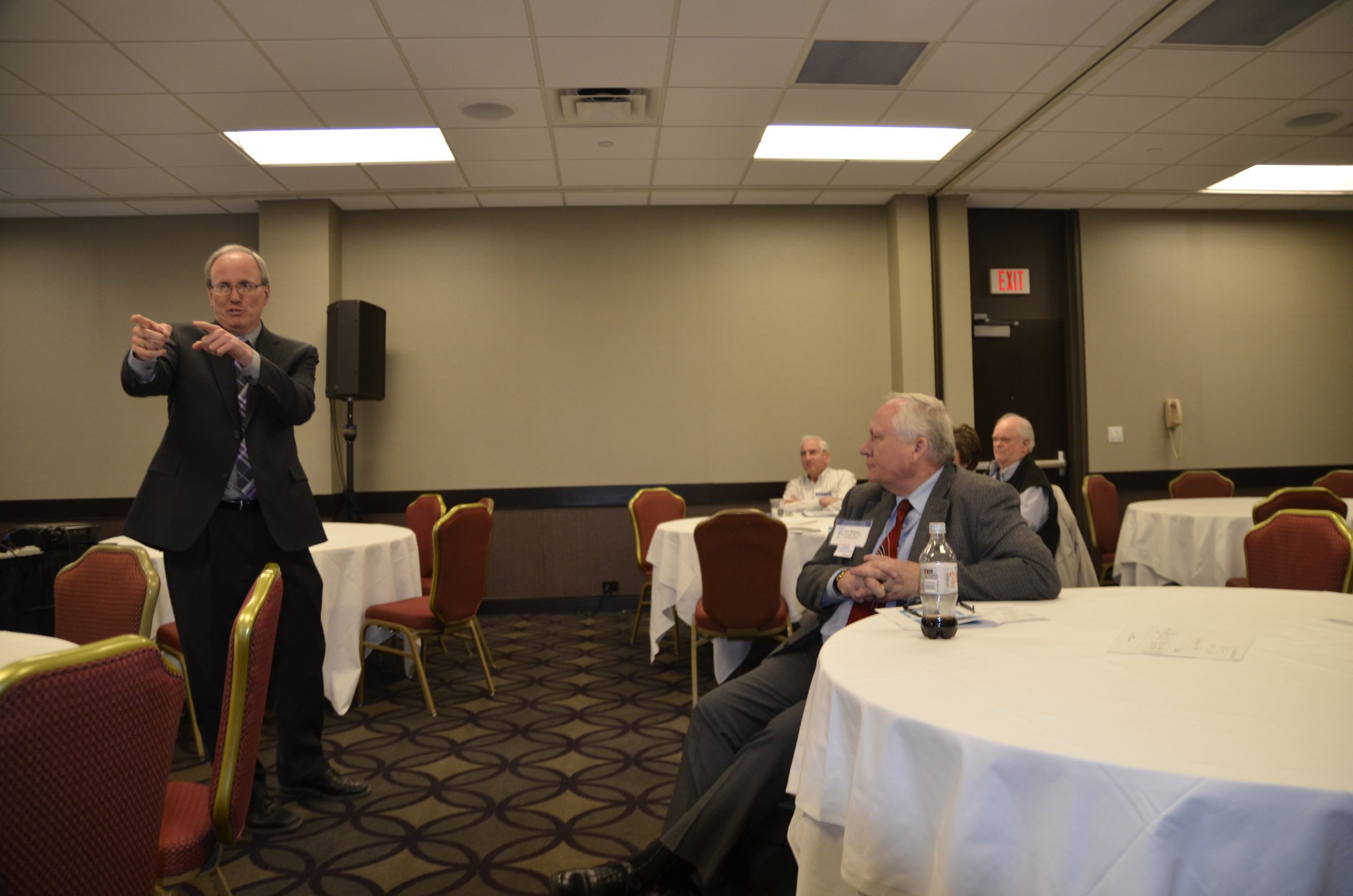 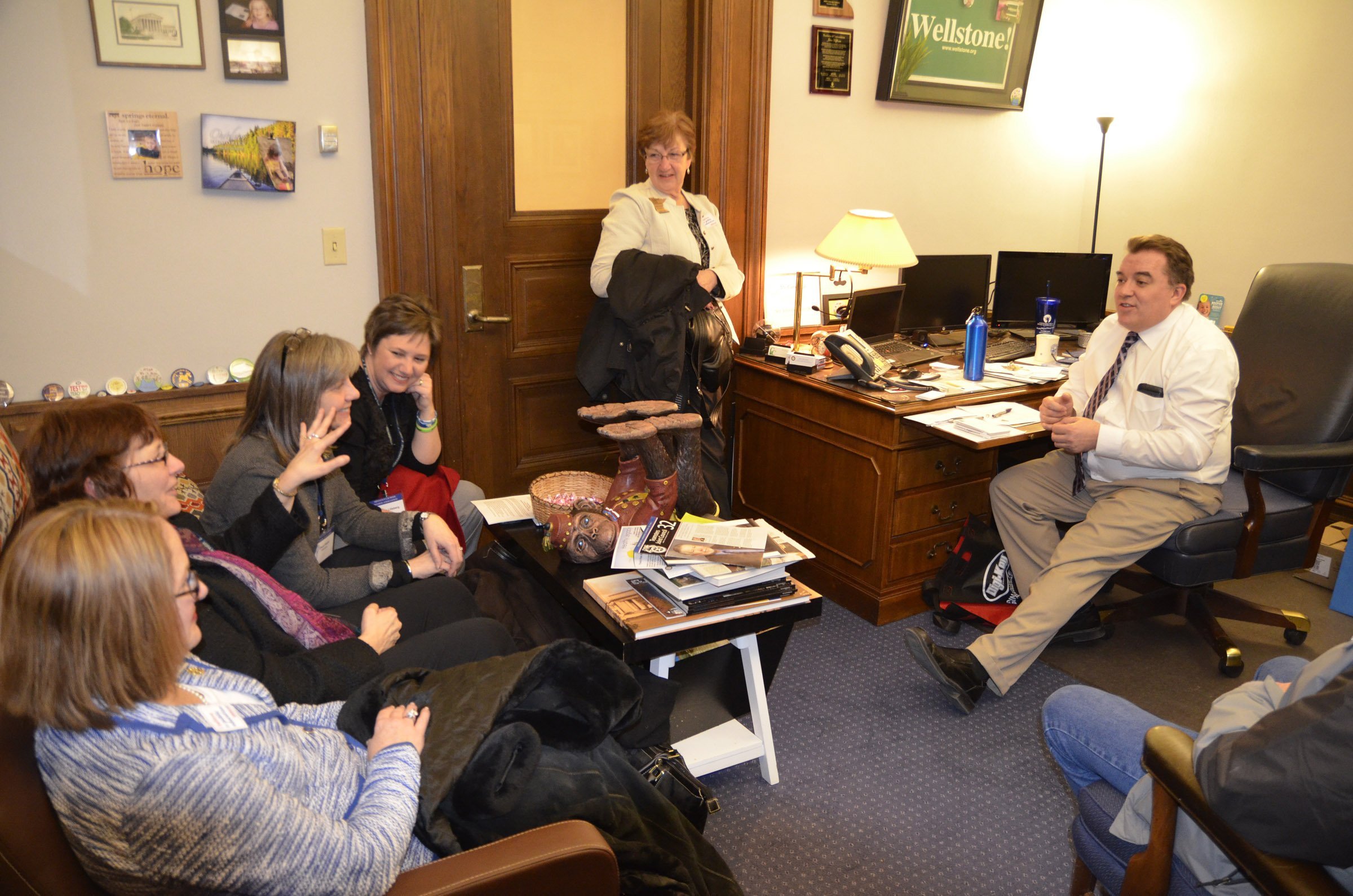 Minnesota school board members met with Sen. John Hoffman. Hoffman, himself a former Anoka-Hennepin School Board member, is the author of a bill (SF 163) that would add an increase of $300 per pupil to the education funding formula in fiscal year 2016. 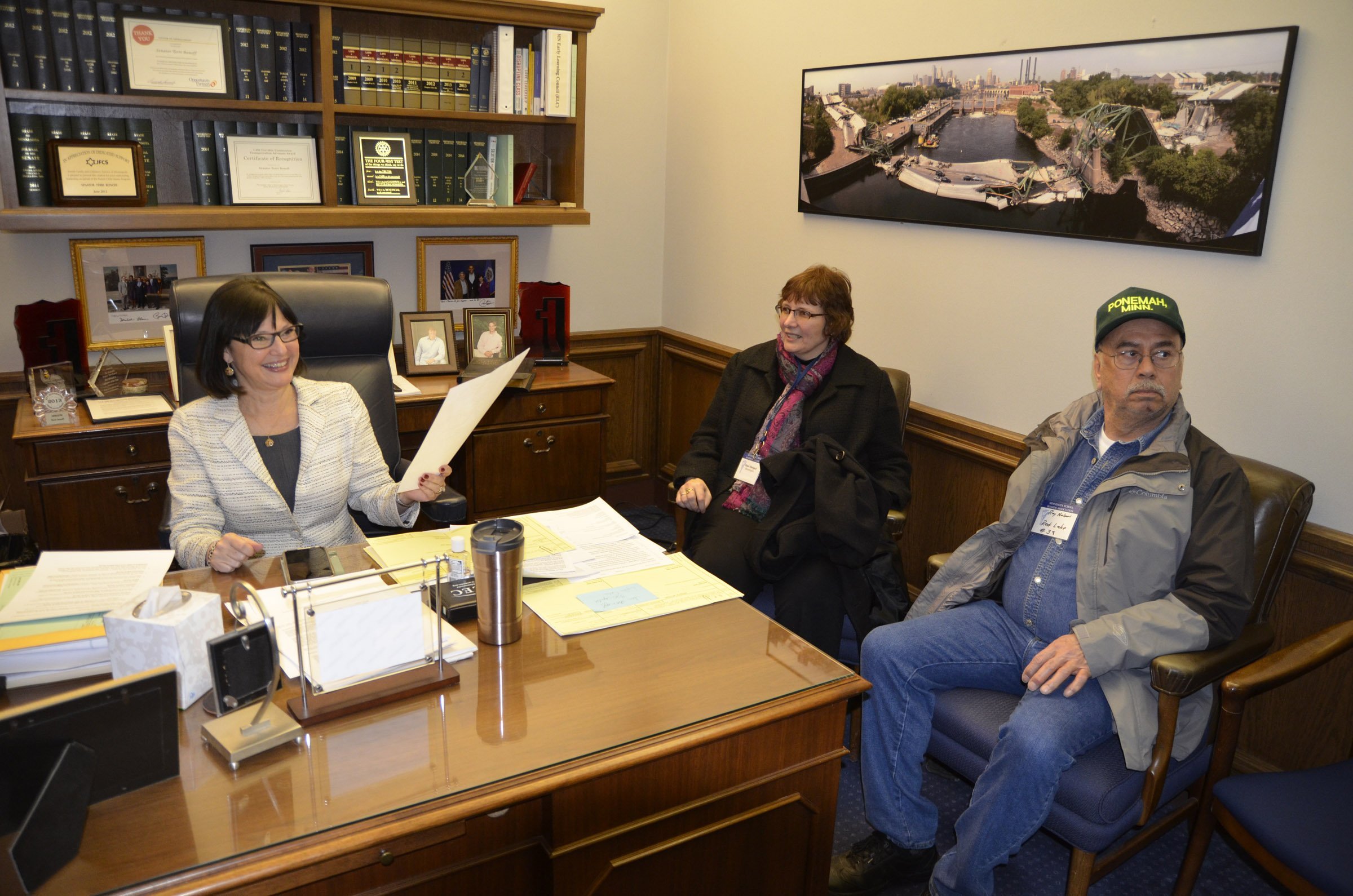 School board members met with Sen. Terri Bonoff. Bonoff is the author of a bill (SF 97) that would end the “last in, first out” (LIFO) approach to the teacher layoff process. 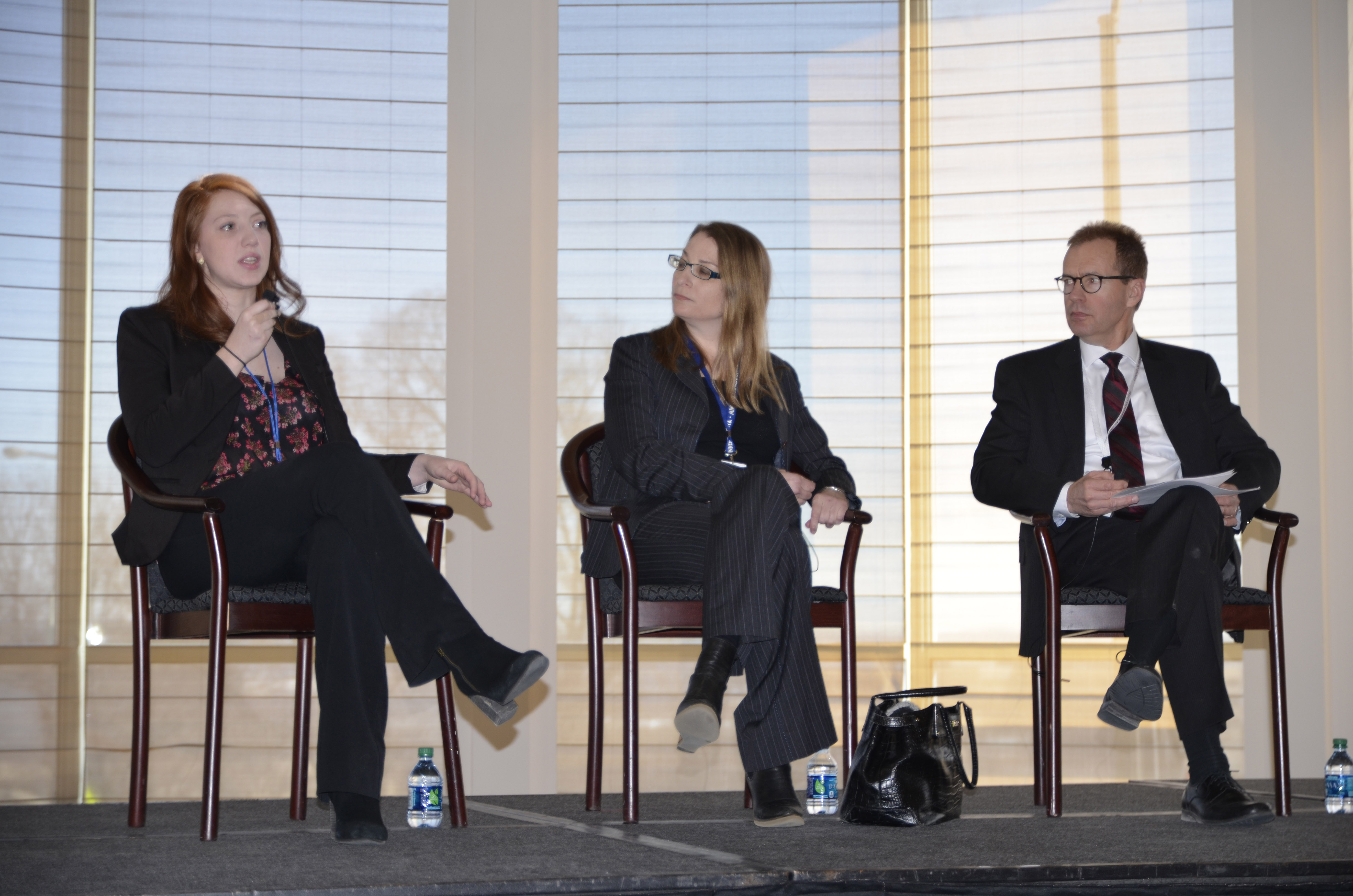 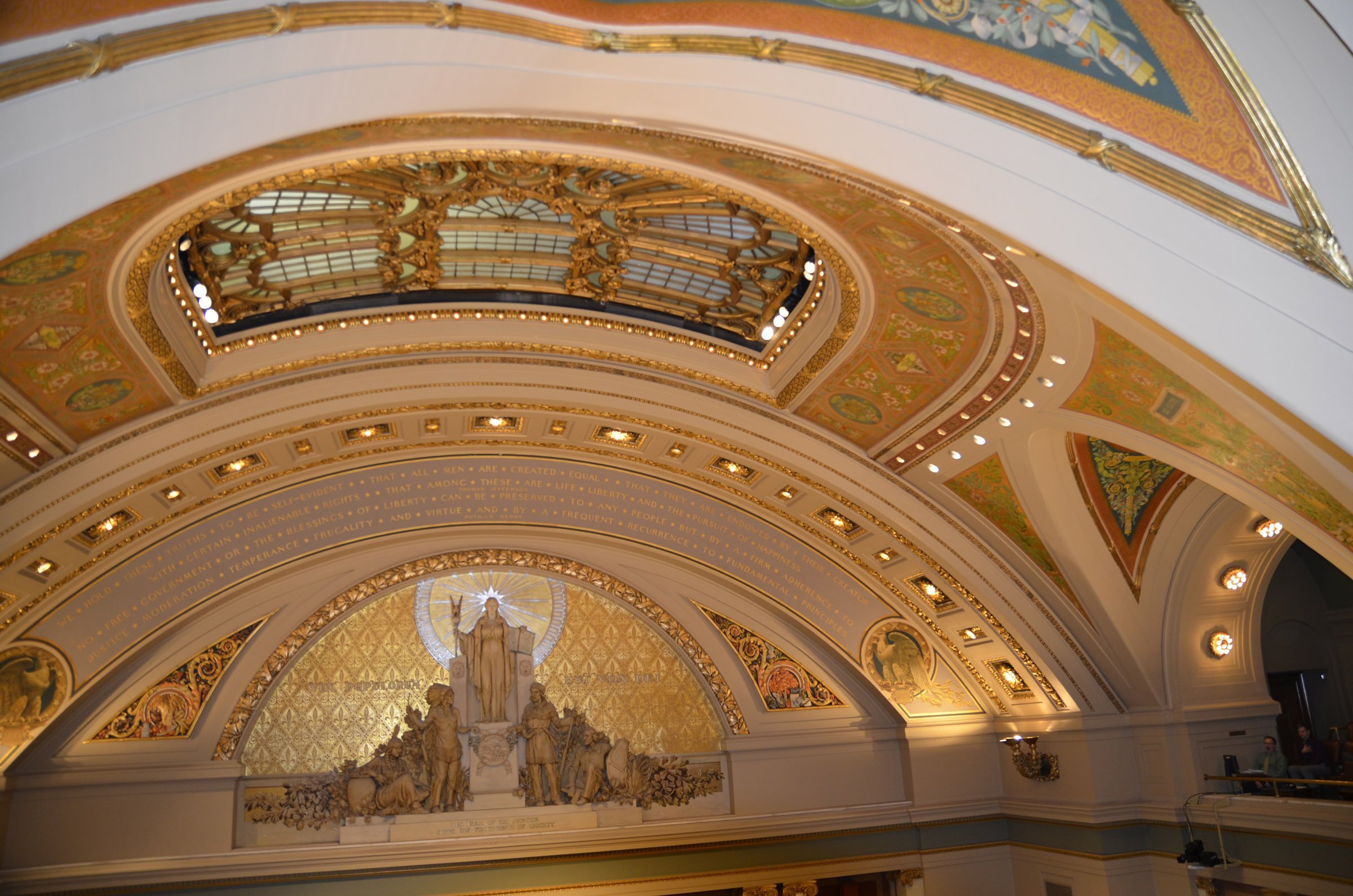 The ceiling in the House chambers. 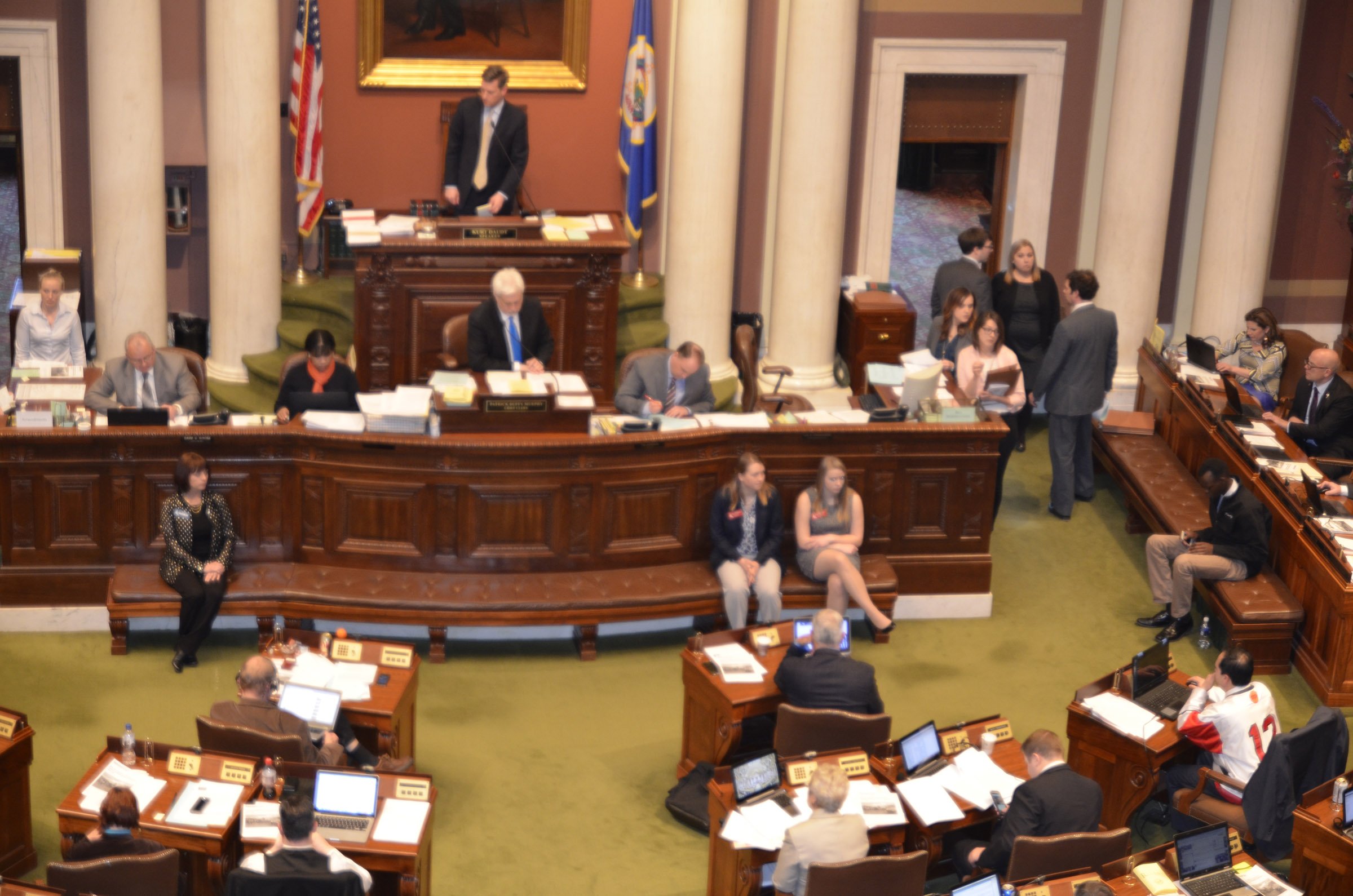