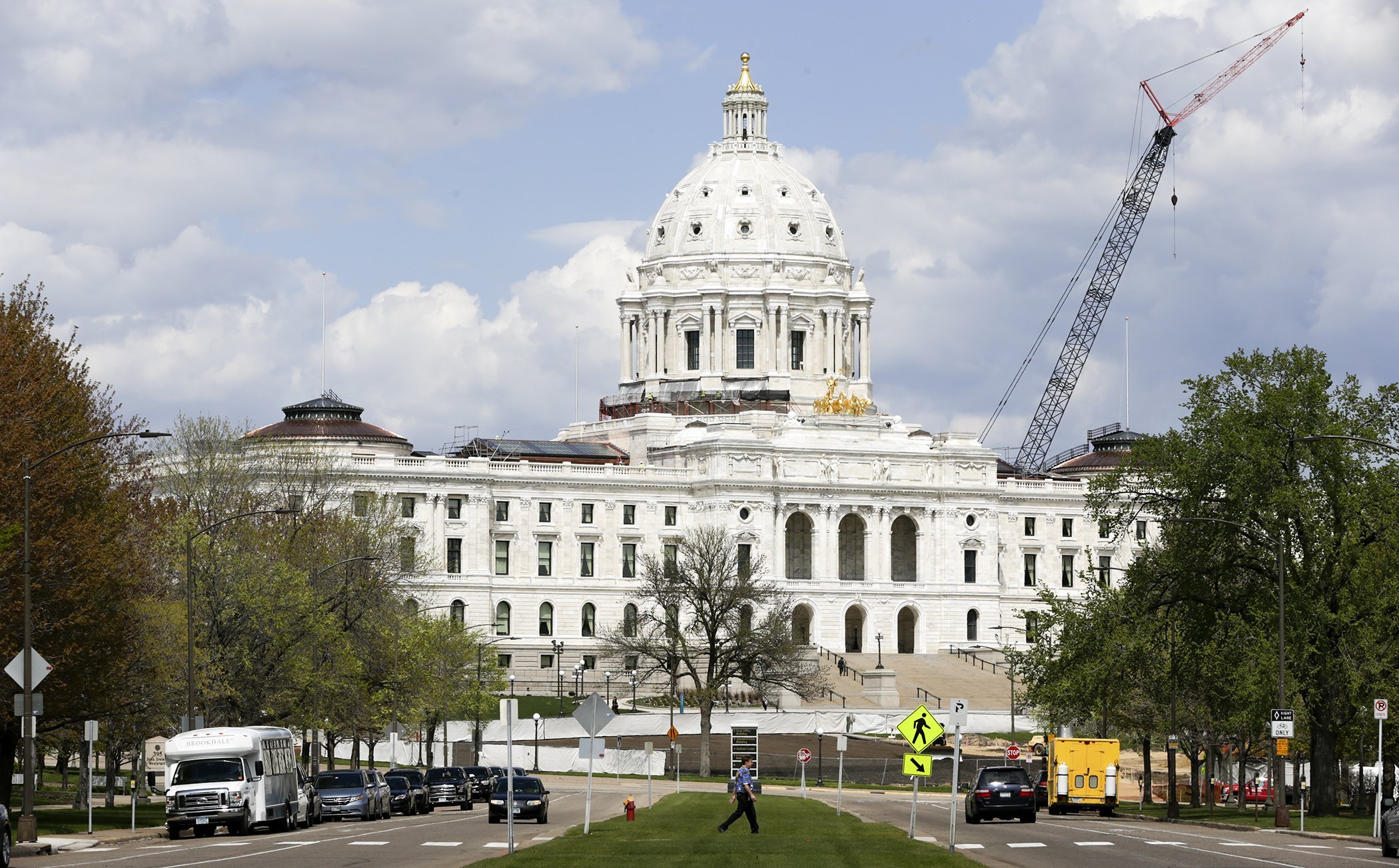 A view of the State Capitol on May 3. Photo by Paul Battaglia, Session Daily

Legislative leaders and Gov. Mark Dayton met Wednesday for about an hour behind closed doors, laying the groundwork for negotiations going forward over budget bills currently stuck in conference committee.

House and Senate conferees have reached agreements on most budget bills and now it’s up to House Speaker Kurt Daudt and Senate Majority Leader Paul Gazelka to find agreement with Dayton and DFL leaders. Their talks will continue Thursday, they said, with both Dayton and Republican leaders claiming they will first focus on the higher education and agriculture finance omnibus bills.

“I think what we’re going to try to do (Thursday) is start with some bills that are easier so we can show some progress and get everyone kind of feeling good about working together,” Daudt said during a press briefing after the meeting.

The groups have until a constitutional deadline of May 22 to pass budget bills for the governor to sign.