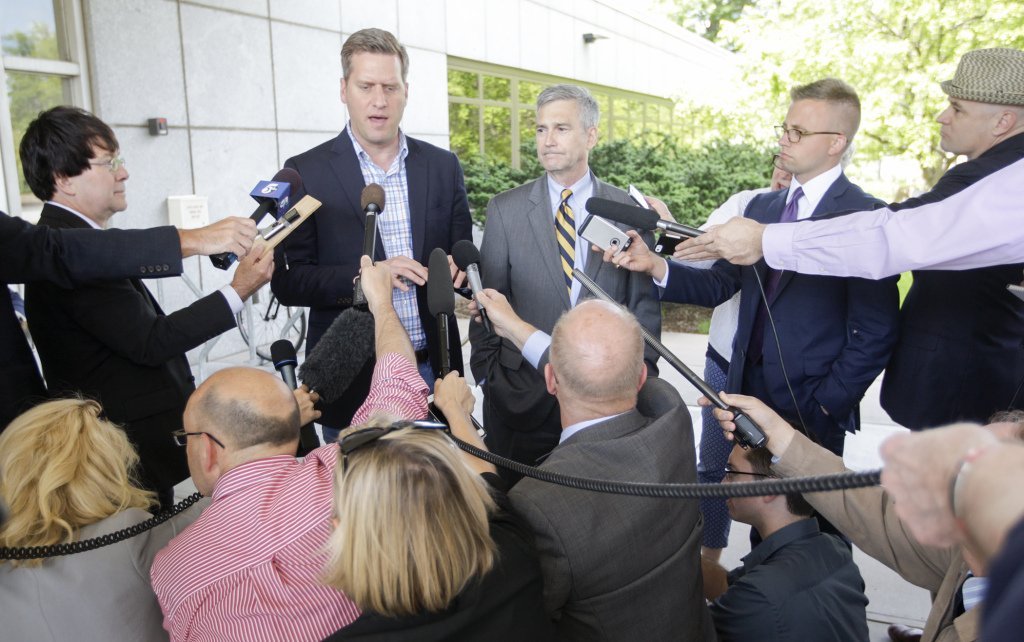 House Speaker Kurt Daudt talks with the press after meeting with Gov. Mark Dayton and other legislative leaders, expressing hope they can work out their differences and have a special session to pass a new tax and bonding bills. (Photo by Paul Battaglia, Session Daily)

Now that the omnibus tax bill is off the table because of Gov. Mark Dayton’s pocket veto Monday, leverage for calling a special session seems to be moving toward resurrecting the capital investment bill, a casualty of the Legislature’s hurry-up-and-get-it done May 23 sine die deadline.

Legislative leaders and the governor met Tuesday in the aftermath of the tax bill veto. It seems, however, that talk was left for another day, with attention focused now on trying to salvage the nearly $1 billion capital investment bill. House Speaker Kurt Daudt (R-Crown) said the group will get together again June 15 to talk about bonding. In the meantime, House and Senate members who conferred the bill during session are expected to meet and mull over projects “in the bill and out,” Daudt said.

House Minority Leader Paul Thissen (DFL-Mpls) said that public vetting of a bonding bill is “really, really important, not just to hear what was in the bill that first passed off the House Floor, and not just to hear the governor’s proposals, but we also have members who have projects that they are very interested in.”

Looking back to the last night of session when the bill was first put forward for a vote, he said it was “ridiculous that we had no type of process whatsoever, especially on the House side for the bonding bill.”

Visit http://www.house.leg.state.mn.us/sessiondaily/SDView.aspx?StoryID=10324 for the rest of the story at Session Daily. 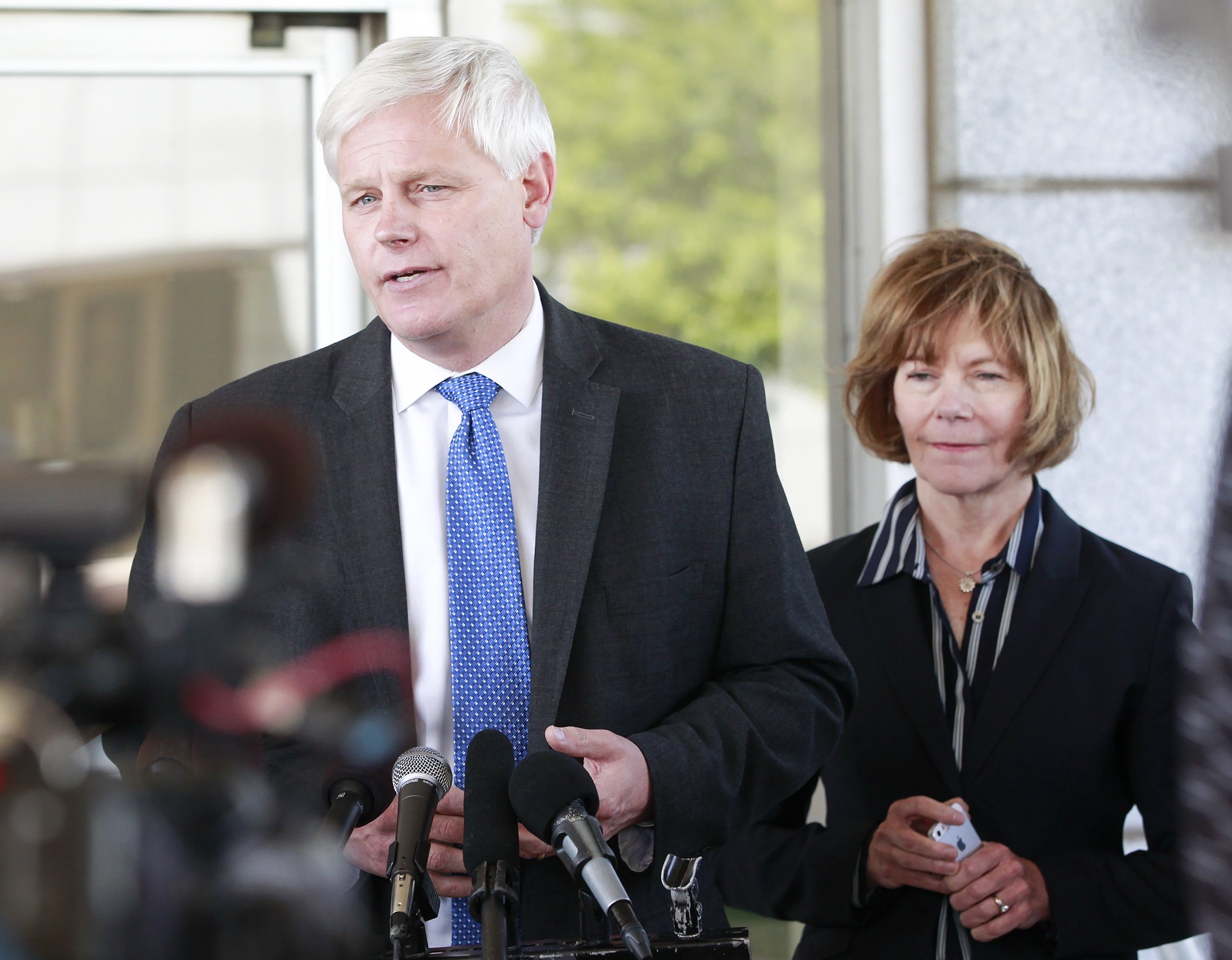 House Minority Leader Paul Thissen, left, talks with the media after meeting with Gov. Mark Dayton and other legislative leaders about the prospects for a special session. Lt. Gov. Tina Smith (right) looks on. (Photo by Paul Battaglia, Session Daily)