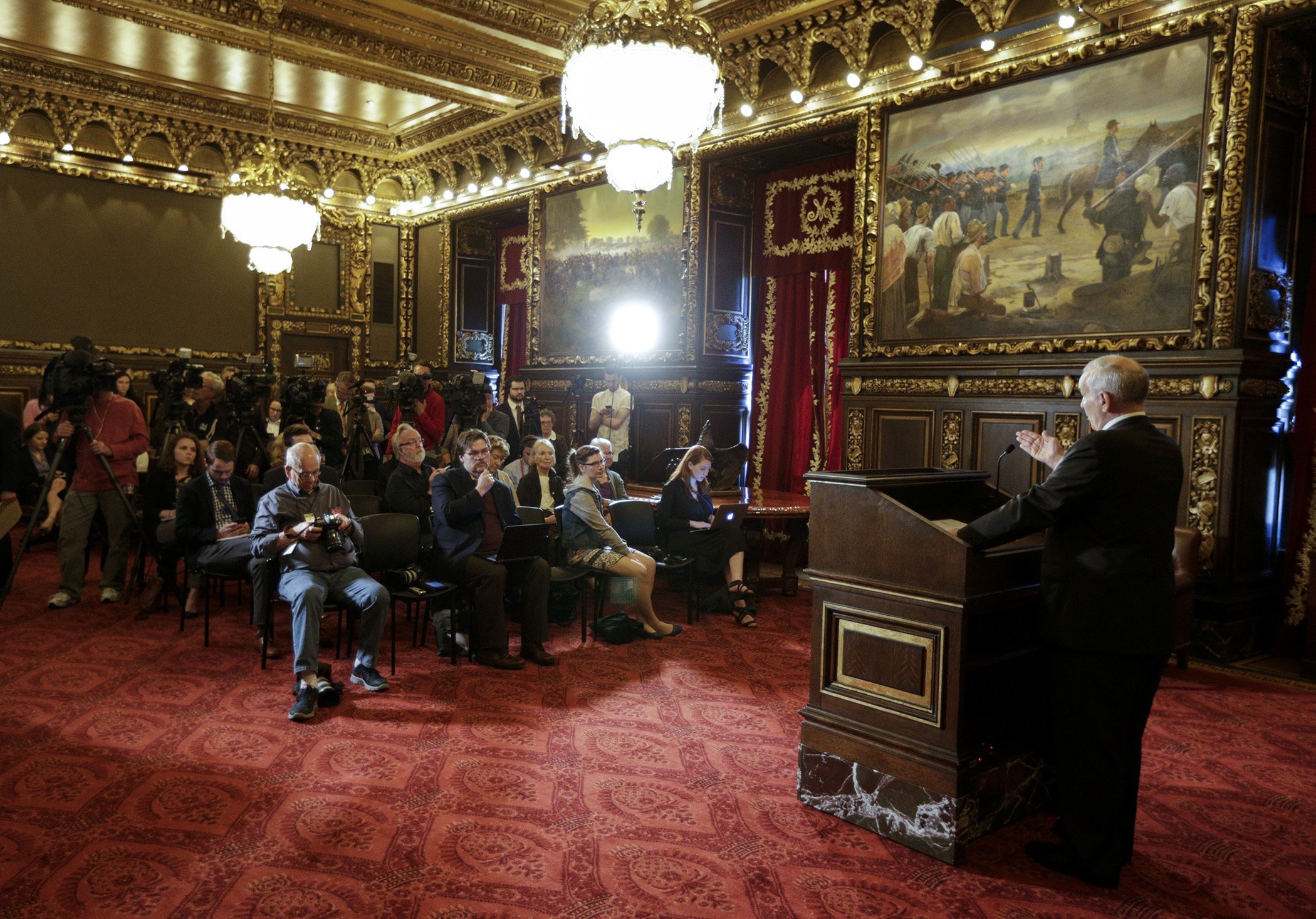 Gov. Mark Dayton speaks about the end of session process at a May 11 news conference. Photo by Paul Battaglia, Session Daily

Gov. Mark Dayton said Thursday he will veto the five budget bills he’s so far received from the Legislature but expects face-to-face negotiations with legislative leaders to resume Monday.

His remarks came during a press briefing where he indicated a willingness to continue talks, while accusing Republicans of following a strategy that sets up a “blame game” if the sides are unable to reach an agreement before the legislative session ends May 22.

“That’s part of their tactic,” Dayton said. “They’re going to send me these bills, rather than negotiate them and send me bills that I would be able to sign. They’re sending the bills so they can say ‘See, we completed our work on time.’”

Dayton said Minnesotans want the government to do its job rather than have “their whole summer put in jeopardy” by a potential government shutdown.

The governor said he is currently working on veto letters for the five omnibus bills the Legislature has already passed — agriculture, state government, environment, health and human services and E-12 education— and will deliver those letters Friday morning.