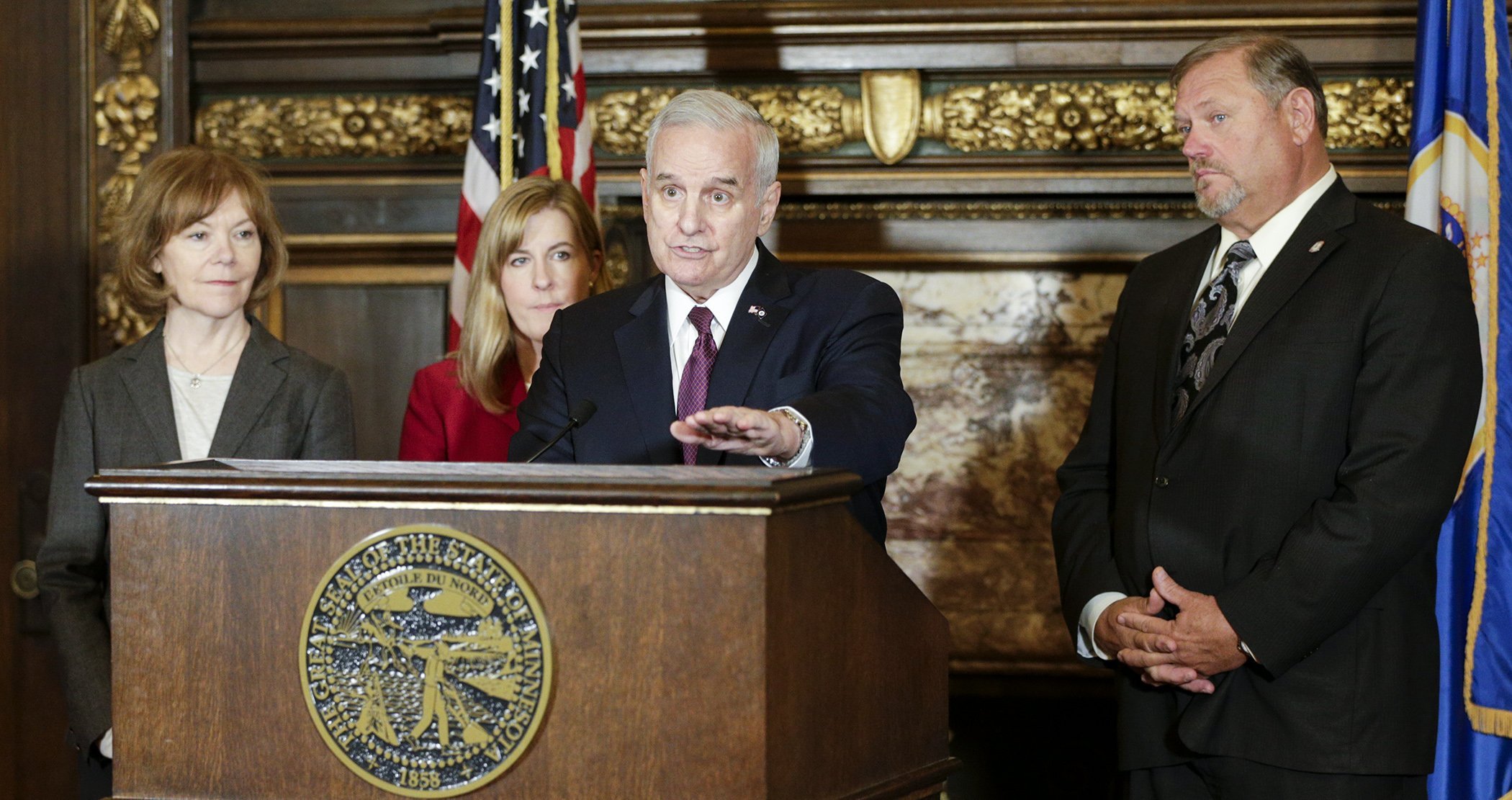 Gov. Mark Dayton vetoed five omnibus budget bills Friday, outlining objections that included funding shortfalls during a time of surplus and controversial policy provisions in a series of veto letters and urging the Legislature to continue its work as the 2017 session nears its end.

During a press briefing Thursday, Dayton said he would veto the bills and planned to resume talks with legislative leaders on Monday.

House and Senate Republicans began passing their omnibus budget bills earlier in the week after expressing frustration with the pace of negotiations.

EDUCATION OMNIBUS BILL: The nearly $18.58 billion education bill, sponsored by Rep. Jenifer Loon and Sen. Carla Nelson, would have increased General Education Basic Formula funding by 1.5 percent over the 2018-19 biennium. That would have resulted in an additional $247.7 million, the number put forth in the Senate proposal. Opponents have argued a 2 percent increase is necessary to keep up with inflation and rising costs.

In his veto letter, Dayton wrote the bill “falls well short in delivering the public investment in education that will ensure our children the ability to reach their full potential.”

Voluntary pre-K funding would have been replaced by $112.9 million in school readiness funding and $138.7 million for early learning scholarships. The governor sought a $175 million increase in pre-K funding.

Supporters say it is a more targeted approach to reach students in need; opponents contend the move could create a “voucher system,” further perpetuating inequity.