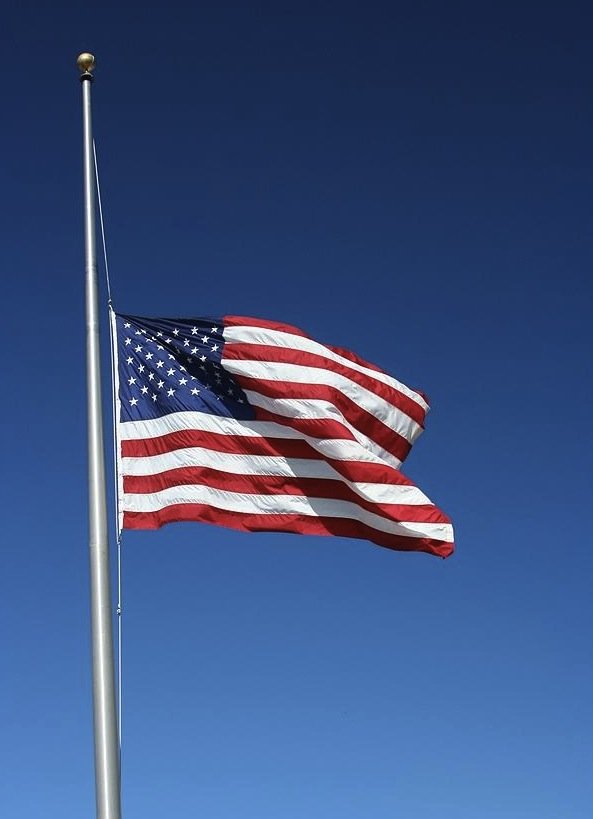 In accordance with the proclamation issued today by President Barack Obama,Governor Mark Dayton has ordered all United States flags and Minnesota flags to be flown at half-staff at all state and federal buildings in the state of Minnesota.

As directed by the President, flags will be flown at half staff beginning immediately, until sunset on Tuesday, July 12, 2016, as a mark of respect for the victims of the attack on police officers in Dallas, Texas.

On Thursday, July 7, 2016, a terrible attack on police officers occurred in Dallas, Texas, and the victims and their families deserve our honor, respect, and remembrance.

The following is a statement from Governor Mark Dayton:

“The terrible acts of murder in Dallas have shocked and horrified the nation. Minnesotans join with the nation in mourning with the families and friends of these fallen officers. Today, our hearts also go out to the many, many law enforcement officers who faithfully serve our communities, and risk their lives every day and night to protect and serve the people of Minnesota and the nation.

“I ask all Minnesotans, from all faiths and walks of life, to pray and work for an end to the violence that has defined this last week. I urge all of us, everywhere, to call upon our own best natures: to care for one another, seek to understand one another, and together build stronger, safer communities for everyone.”

The following is a statement from Lt. Governor Tina Smith:

“As Minnesotans, we are deeply saddened by these horrible acts of murder. We grieve with the family and friends of these officers, as they cope with this devastating loss.

“We pray for the many law enforcement officers who have devoted their lives to preserving the safety of our communities. Their job is more difficult than most of us can comprehend; we thank them for their heroic service.

“Minnesota and the nation are better than the acts of violence and murder that have transpired over these last several days. I have faith that good people, with good hearts, doing good things, will help heal the wounds of this terrible week, and create safer communities for all of our people.”

You can view a copy of President Barack Obama’s proclamation here.

You can view a copy of Governor Mark Dayton’s proclamation here.