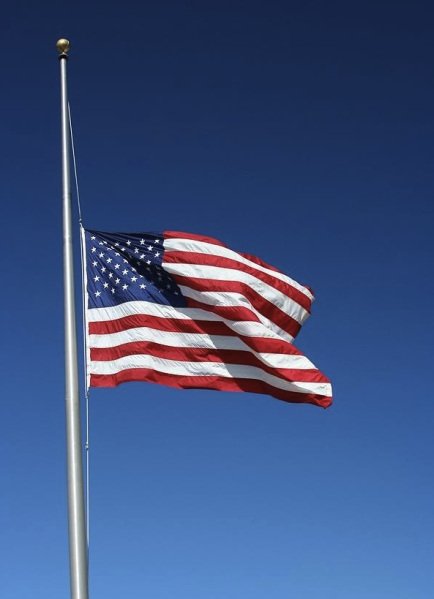 In honor and remembrance of President George H. W. Bush, and in accordance with an order issued by President Donald Trump, Gov. Mark Dayton has ordered all United States flags and Minnesota flags to be flown at half-staff at all state and federal buildings in the state of Minnesota, beginning immediately, for a period of 30 days from the day of his death.

President George H. W. Bush passed away at the age of 94 in Houston, Texas, on Friday, November 30, 2018. He had been diagnosed with a form of Parkinson’s disease, leaving him unable to walk, and intermittently battling health issues following the death of his wife, Barbara Bush, in May 2018.

A decorated navy pilot, President George H. W. Bush enlisted in the United States Navy on his 18th birthday, following the attack on Pearl Harbor on December 7, 1941. At the time, he was the youngest aviator in the United States Navy. Bush served in the Navy until September 1945, then attended Yale University, and entered the oil business following graduation. He became involved in politics years later, serving the 7th District of Texas in the House of Representatives in 1966.