On Wednesday, the second session of the Every Student Succeeds Act (ESSA) Negotiated Rulemaking Committee began to negotiate terms of regulations relating to assessments and supplement/not supplant under Title I of ESSA. The following were discussed, but no agreement was reached on any key issues:

The U.S. Department of Education (ED) staff discussed the agenda, and noted that it was 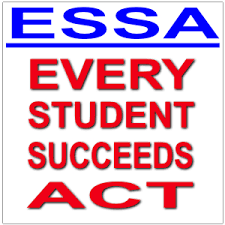 sequenced in a way for a productive discussion and that they would discuss the issues in the order presented. The committee discussed the 8th grade mathematics exception and the inclusion of English learners in the assessment system in the morning. The facilitator clarified that they are seeking a tentative agreement around the individual issues, but that they will try and seek consensus at the very end of the meeting. She encouraged committee members to express concerns throughout the three days so that concerns that may affect consensus can be reached throughout the process. However, when the committee broke for a late lunch, there was not a tentative agreement reached for either one of the two issues discussed.

A high-level summary from the March 21-23 meeting was approved with no dissent, but the ED staff reassured the negotiators that there will be a transcript of the discussions.
At the conclusion of the committee’s administrative business, the committee began substantive discussions regarding the proposed draft regulations provided by the U.S. Department of Education.

The draft language requires the student to take a state-administered EOC OR a nationally recognized assessment in mathematics, subsequently, in high school that:

The student’s subsequent/more advanced high school mathematics assessment must be included in the State’s accountability system. (Must measure academic achievement, and count towards participation.)

Additionally, the state is required to demonstrate that it offers all students in the state the opportunity to be prepared for and to take advanced mathematics coursework in middle school.

The student’s subsequent/more advanced high school mathematics assessment must be included in the state’s accountability system. (Must measure academic achievement, and count towards participation.) Additionally, the state is required to demonstrate that it offers all students in the state the opportunity to be prepared for and to take advanced mathematics coursework in middle school.

The Department began the discussion noting that the proposed language is not significantly different from the language negotiators discussed at the first committee meeting. The Department discussed various regulatory requirements, explained the peer review requirement, and discussed the option for states to utilize a nationally recognized assessment as the subsequent, high school assessment the student would be required to take. Negotiators asked several questions relating to the following issues:

Negotiators encouraged the Department to utilize non-regulatory guidance to address various issues within the regulations, such as what constitutes “advanced assessment” under the regulations. Tony Evers, State Superintendent of Public Instruction (Wisconsin) raised concerns about the option of allowing states to use a “nationally recognized assessments” to meet the advanced mathematics high school requirement, noting that the regulations could prompt states to add additional, state-mandated assessments in high school. Several negotiators commented on the ramifications to states and school districts. Throughout the discussion, negotiators clarified that the current exemption truly applies only to states that have required end-of-course assessments. Committee members discussed extensively subsection (b)(4) of the rule, which requires states to “demonstrate that it offers all students in the state the opportunity to be prepared for and to take advanced mathematics coursework in middle school.” The Department explained the proposed language, noting that the requirement was previously instituted through the Flexibility Waiver process. The Department explained that states submitted information on state policies, state laws, or even data to describe efforts to ensure that students have the opportunity to take advantage of advanced mathematics courses. Committee members expressed concern over this provision of the regulation, noting the following:

Negotiators discussed a preference to address equity requirements through non-regulatory guidance, instead of in formal regulations. Additionally, two negotiators proposed amendments to the draft regulatory text. The proposed amendments were discussed, and further modified by other negotiators. Although negotiators expressed an interest in discussing alternative language, the facilitator confirmed that the only issue of concern with the proposed text was the language in subsection (b)(4) — and indicated that it was the only issue keeping the group from achieving tentative consensus. The facilitator opted to proceed to the next issue for discussion — and allow the Department to work on the language to address that remaining issue.

Inclusion of English Learners in the Assessment System:

Rule Summary: Proposed regulations reiterate ESSA’s requirements that states must include English Learners (EL’s) in the state’s academic assessment system and that EL’s must be assessed in a valid and reliable manner that includes:

A state is required to assess, using assessments written in English, the achievement of an EL in meeting the state’s reading/language arts if the student has attending school in the U.S. for three or more consecutive years. Draft regulatory language allows an LEA to assess an EL, for no more than two additional consecutive years in the native language of the student, if the student has not reached a level of English proficiency sufficient to yield valid and reliable information on what the student “knows and can do” on reading/language arts assessments written in English.

Draft regulations define “recently arrived English learners” as EL’s who have been enrolled in schools in the U.S. for less than twelve months. Regulations include a process by which recently arrived EL’s may be exempted from certain testing requirements, and establish requirements for the exemption. Notably, recently arrived EL’s may be exempt from one administration of the ELA assessment, however, the state is required to count the first year of the three years in which the student may take the ELA assessment in the native language.

Subsection (d) of the proposed text occupied much of the morning discussion on the proposed rule — which sets forth four specific factors states must consider in identifying “languages other than English are present to a significant extent in the state’s participating student population.” Department staff confirmed that states must take into account each of the factors, and several amendments were filed to either amend the section, or delete the requirements entirely. Tentative consensus could not be achieved on any of the proposed amendments to subsection (d), and the facilitator flagged the section as needing additional work. Department staff will rework the subsection, and the committee will reconsider at a later point. Related to the requirements of subsection (d), Tony Evers, State Superintendent of Public Instruction (Wisconsin) cautioned the committee members on over-regulating issues relating to English learners. Additionally, negotiator Thomas Ahart (Des Moines Public Schools, Iowa) recommends utilizing non-regulatory guidance to implement provisions of subsection (d), and obtains support from negotiator Alvin Wilbanks (Gwinnet County Public Schools, Georgia).

The meeting intensified when negotiators considered the issue of exempting Native American students from the English language proficiency tests. The topic triggered over what constitutes over- or under-regulation. Tony Evers, State Superintendent of Public Instruction, Wisconsin, expressed concern over the draft regulatory language and the piece meal approach the committee is taking on issues. He stated, “the congressional intent” isn’t being followed. Janel George, from NAACP Legal Defense and Educational Fund, countered that the Committee was established by ESSA, and has the responsibility of clarifying language in the law.

Negotiators then dived into a seemingly contentious issue: Assessment Issue Paper 4(a), proposed regulations detailing the inclusion of students with disabilities in academic assessments. ED’s draft regulations would require states to provide appropriate accommodations to students eligible under the Individuals with Disabilities Education Act (IDEA) and under “other acts, including section 504 of the Rehabilitation Act of 1973” and “Title II of the American with Disabilities Act.” The sticking point was the process for determining the accommodations for students who are not covered under IDEA and Section 504. Negotiators observed that states and districts are required to pay for accommodations regardless of whether they receive additional funding and noted further that IDEA has never been fully funded, leaving school districts to redirect money from other areas to support special education services.

The subcommittee charged with creating a definition for students with most significant cognitive disabilities reported that they did not develop a definition. They, however, agreed upon principles which included focusing on ensuring the right students take the alternative assessments; recognizing that many states are accomplishing this goal; and recognizing the IEP team.

The committee was scheduled to resume again Thursday morning (April 7) at the U.S. Department of Education in Washington, D.C.