Minnesota Congressman John Kline — chairman of the U.S. Education and the Workforce Committee — hosted a round table discussion Friday, August 24, in Burnsville to hear questions and concerns from key education leaders regarding the U.S. Congress’ efforts to reauthorize the Elementary and Secondary Education Act (ESEA) — aka No Child Left Behind (NCLB). 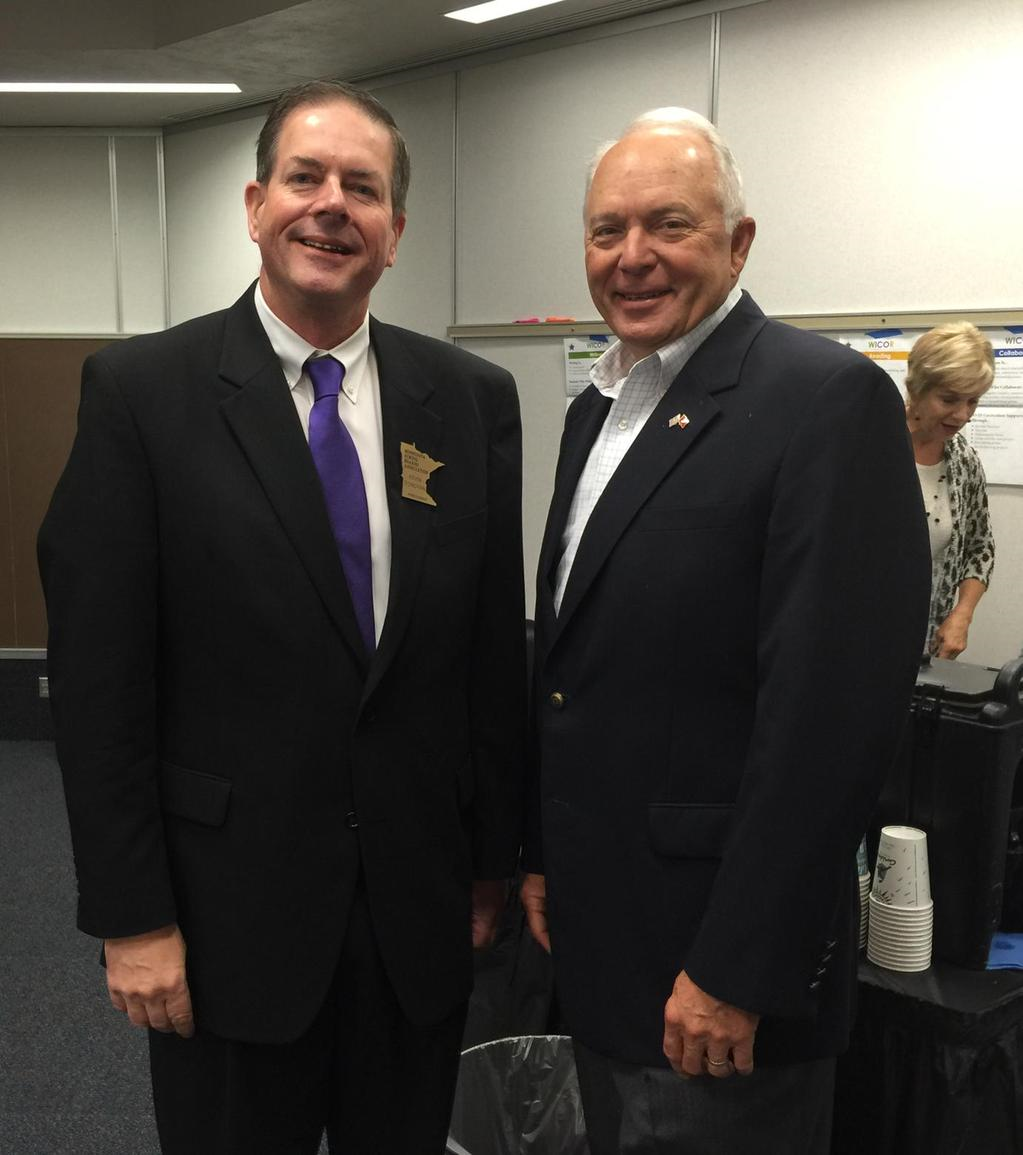 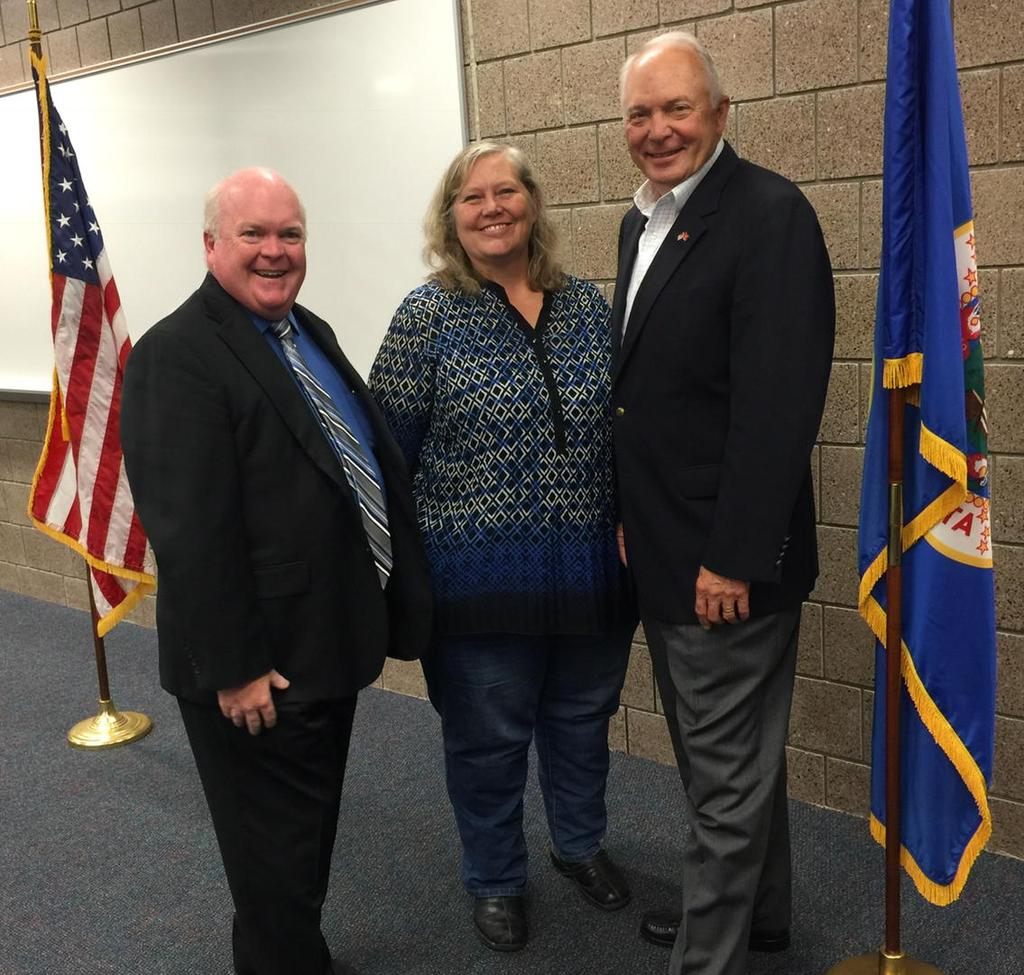 Lakeville Area School Board members Jim Skelly, Michelle Volk and Bob Erickson (not pictured) were among the school leaders to meet with U.S. Rep. John Kline.

“This meeting was a great opportunity to share our perspective with Rep. Kline on the bill and encourage him and Congress to push the ESEA reauthorization over the finish line,” Donovan said. “We learned that there is still time for our school districts to advocate on the reauthorization effort. The MSBA Government Relations team is working with our members of Congress and National School Boards Association staff to ensure the voice of Minnesota school boards is heard.”

Kline on what it will take to get a bill that President Obama will sign into law: The Chairman shared he had not spoken to President Obama in five years, but does speak often to U.S. Education Secretary Arne Duncan often. Kline felt the White House wants a bill and a role in shaping the bill. Kline continued to emphasize that he needs a bill that can get the majority of Republican votes and significant number of Democratic votes.

Kline on what needs to be included in the final bill: Chairman Kline replied that he and Chairman Lamar Alexander decided on some key pieces this bill would have to have: getting rid of AYP, increased local control, blocking Common Core standards and restraining the Secretary of Education’s power.

Kline on how the new legislation would help struggling schools and close the achievement gap: Chairman Kline said both bills contain increased local control and great deal more flexibility, which will reduce the federal footprint in schools. He added, “People here in the room do a better job of running schools than the federal government. NCLB was too much intrusion into local schools.”

Kline on funding: Kline reiterated, that the House rule forbids him from increasing funding in the House Bill this funding would be provided in a different bill. On the other hand, the Senate can increase funding in their bill since they are not encumbered by the House rule.

Title I portability and the maintenance of effort (MOE) in relationship to use of electronic devices to serve special needs students were also addressed during the meeting. Kline said these are two policy and funding areas that will need to be worked out.