Last week, a group of bipartisan senators met daily to hammer out the details of a deal on gun control measures reached the previous Sunday. By week’s end, optimism on getting a bill to President Joe Biden’s desk by July 4 persisted, despite reports that addressing the “boyfriend loophole” and the details around funds for states to enact “red flag” laws were causing trouble. Senator Chris Murphy (D-CT) said the measure, “is going to be a bill with a lot of money for law enforcement, schools and mental health.” Reports suggest that the funds for schools will largely come from existing programs at the Department of Health and Human Services and the Justice Department, but there could be an attempt to expand allowable uses for the Student Support and Academic Enrichment Grant program (Title IV, Part A) run by the Department of Education. Advocates are hopeful that legislative language is unveiled this week.

While the Senate was largely focused on the gun control effort, House appropriators began the work of marking up FY 2023 spending bills. Five subcommittees approved bills this week, and every spending bill is expected to be marked up and approved by the full Appropriations Committee by the end of the month. The Labor, Health and Human Services and Education spending bill will be marked up by the subcommittee late on Thursday. Full committee debate of the funding package is scheduled for a week later. As for a House-Senate deal on topline spending number, talks continue.

Rumors around the ongoing negotiations of the competitiveness package suggest that lawmakers are beginning to narrow the scope of the package, hoping the bill can be approved before the August recess. House and Senate Democratic leadership reportedly met and discussed setting aside issues on which the two chambers and two parties will not find consensus, and instead focusing on the areas where they can. Key negotiators and committee chairs have been told to expedite talks. A lame duck session has been discussed as a possibility for would-be passage of the sweeping measure, but lawmakers will likely be focused on FY 2023 spending bills after the election, as well as a discussion of the country’s debt limit, extending Affordable Care Act subsidies and other tax provision and other measures.

This week will be a busy one, with lawmakers focused on the July 4 deadline for multiple efforts.

The release of grant funds reflects the needs facing UCISD and follows Secretary of Education Miguel Cardona’s visit to the district on May 31 and June 1, 2022.

“No community should have to experience a tragedy like this alone,” said Secretary Cardona. “In the hours and days since that tragic day, we have committed to providing the Uvalde community with every available resource they may require from the department. Today’s release of these emergency funds is an initial step that will be followed by technical assistance and on-the-ground supports in the months and years to come.” Read more here.

On Tuesday, June 14, the Department of Education (ED) launched the National Parents and Families Engagement Council (Council) to facilitate strong and effective relationships between schools and parents, families and caregivers.

The Council will consist of parent, family or caregiver representatives from national organizations who will work with ED to identify productive ways to assist with family engagement at the local level. According to ED, organization representatives will mirror the education system’s diversity, including, but not limited to, families of students in public schools, charters, private schools and homeschool.

“The Council will be a channel for parents and families to constructively participate in their children’s education by helping them understand the rights they have, create a feedback loop with schools to shape how American Rescue Plan (ARP) funds are deployed to meet students’ needs, and identify summer learning and enrichment opportunities for children in their communities,” the department’s press release states. Read more here.

On Tuesday, June 14, the House Education and Labor Committee held a hearing examining the policies and priorities of the Department of Labor, which featured testimony from Secretary of Labor Martin Walsh.

Meanwhile, Ranking Member Virginia Foxx (R-NC) addressed the skills gap, claiming that it is “fueling the current worker shortage,” and criticized the Biden-Harris administration for “doubling down on burdensome registered apprenticeships while shuttering the Industry-Recognized Apprenticeship Program.”

Secretary Walsh detailed the department’s commitment to equity and “cultivating a workforce that draws from the full diversity of the nation,” and noted resources in the fiscal year 2023 budget that will help the agency tackle inequities facing disadvantaged and justice-involved youth.

Notable budget items Walsh outlined in his testimony include $303 million to expand Registered Apprenticeship (RA) opportunities and increase access for historically underrepresented groups, and diversifying industry sectors; $100 million to design and deliver high-quality training for in demand jobs; and $100 million for a new Sectoral Employment through Career Training for Occupational Readiness (SECTOR) program.

Ultimately, “The budget advances the goal of developing pathways for diverse workers, including those from disadvantaged groups, to access training and career opportunities through increased investments in programs that serve justice-involved individuals, at-risk youth, and American Indian, Alaska Native, and Native Hawaiian individuals,” Walsh stated.

He continued, “No economic recovery can be complete if some communities are left behind, and this budget reflects the department’s commitment to helping all workers get back on their feet.”

An archived video of the hearing and witness testimony can be found here.

Witnesses included Earnest Willingham, a junior at Northeastern University; Moira Szilagyi, president of the American Academy of Pediatrics; Jeri Williams, chief of the Phoenix Police Department; Max Schachter, founder and CEO of Safe Schools for Alex; and Amy Swearer, a legal fellow at The Heritage Foundation.

Chairman Dick Durbin (D-IL) questioned witnesses on the impact of gun violence on children following the shooting at Robb Elementary School, in addition to the shooting in Buffalo. He noted that the leading cause of death for children is firearms and suggested there be a public health study on gun violence. Several senators praised measures included in the bipartisan gun control legislation drafted by 10 Republican and 10 Democratic senators that was released over the weekend.

Senator Chuck Grassley specifically commended the proposal’s mental health measures saying, “Any legislation proposed in the Senate that is looking to impact change must include resources to address mental health.”

An archived video of the hearing and witness testimony can be found here.

Wells questioned each participant about the roles their organizations play in funding STEM programs, along with their views on different aspects of STEM education.

Drew displayed the differences in instruction hours spent on non-STEM subject matters, suggesting that more classroom time focus on improving student performance in science. She articulated the importance of learning outside of the classroom, and highlighted STEM Next’s work with state afterschool networks to reach over 10 million youth in order to develop their “interests and identities” in STEM.

Simmons remarked on the significance of inclusivity for youth regardless of race, gender and socioeconomic status; emphasized increasing access to opportunity for marginalized communities; and stressed the importance of combatting institutional racism and sexism. “We cannot leave the burden of access gaps to teachers alone, and we have a responsibility to focus on the idea of community,” Simmons concluded.

The conversation, which featured DeVos and Frederick Hess, director of education policy studies at AEI, touched on several distinct aspects of the nation’s education system. First, DeVos noted the pandemic’s effect on schools and her disappointment in how parents reacted, suggesting that children became “political pawns” and were hurt by the refusal of school districts to reopen in fall 2020.

When asked about educators and policymakers, DeVos voiced the importance of Education Savings Accounts, stating they would provide more choice for students and families. Hess remarked on the importance of Title IX and the challenges DeVos faced with educators and administrators that would not publicly support guidance she finalized while leading the agency. DeVos went on to say that leaders of large, public institutions “don’t want to stick their heads out too far to stray away from the pack, so we should look to small, faith-based institutions that have principled leaders who will speak out for the right thing.”

Lastly, Hess questioned DeVos on student loan forgiveness, which the former secretary described as a “stupid and horrible idea” and expressed her opinion that the Biden-Harris administration does not have the authority to forgive student loans on a large scale. She stressed that doing so would be “systematically unfair to the students who have successfully paid for their education.”

Although loan pauses at the onset of the pandemic were the “right move,” DeVos suggested, “they are clearly ill-advised today” and “do not solve the problem, but simply buy political goodwill.”

An archived recording of the full interview can be found here. 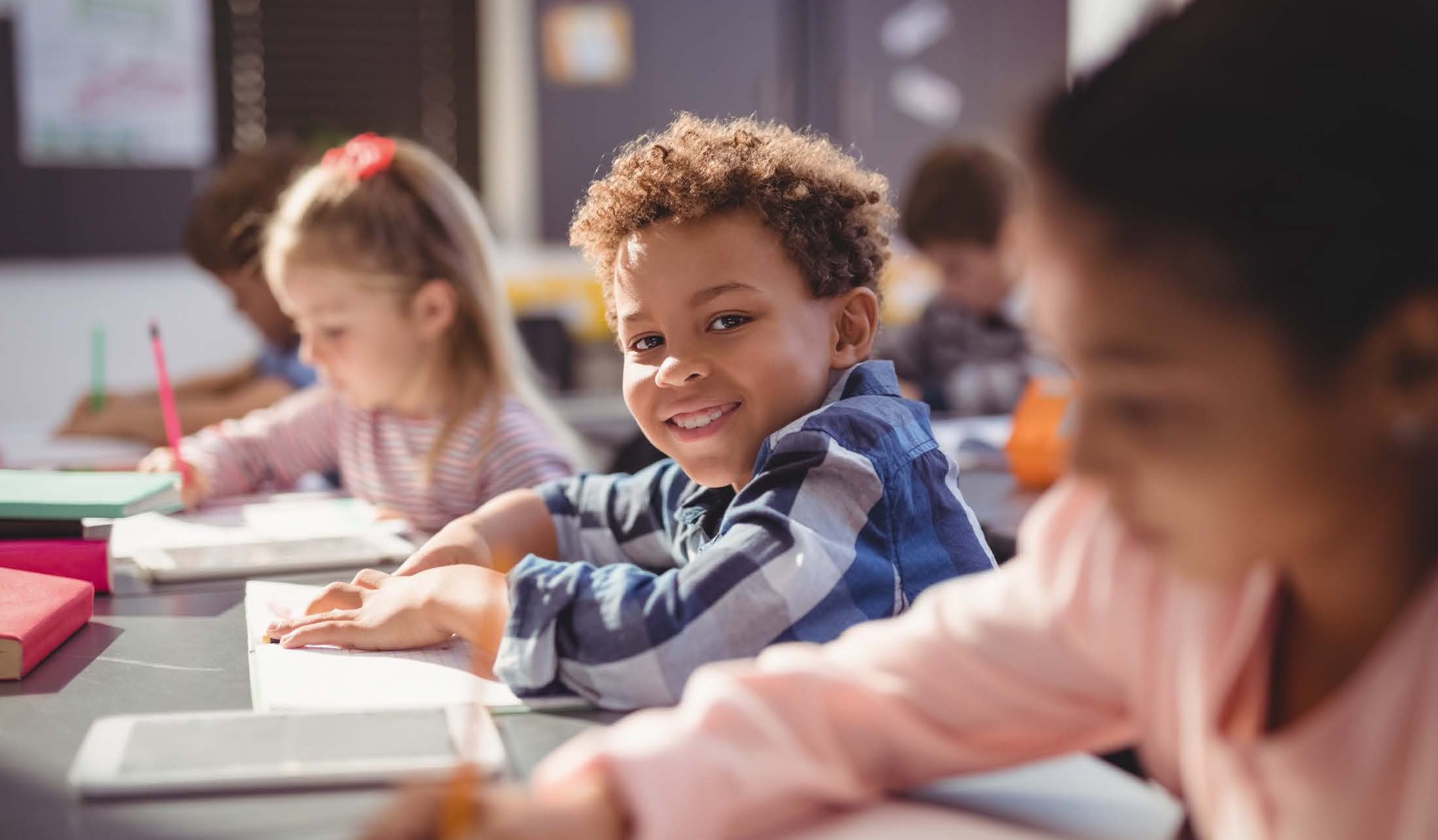