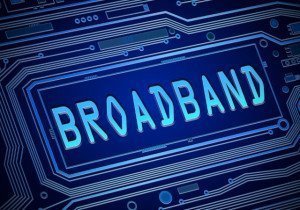 Recently, the Governor’s Task Force on Broadband met to discuss the issue of broadband affordability. We still have a problem in our state with availability of quality, high-speed broadband — especially in the rural parts of the state. We also have a significant population that can’t afford the service available to them. Together, access and affordability of broadband may mark one of the greatest inequalities of the 21st century.

I was asked by MSBA’s Denise Dittrich — who is also a member of the Task Force — to speak to the affordability issue from a K-12 school perspective. As we start thinking about the 2017 legislative session and possible policy and funding recommendations, I wanted to provide a picture of the affordability gap that exists with broadband in Minnesota schools. Here’s a synopsis of what I presented.

According to data collected in 2015 by Education Superhighway (http://www.compareandconnectk12.org) 80 percent of Minnesota schools have the fiber connections needed to meet national bandwidth targets. Additionally, most K-12 schools in the state have access to the Internet bandwidth they need. They just need to pay for it. That is to say, for school districts in our state, this issue isn’t about access to bandwidth, it is all about how affordable it is. Following are three examples taken from Education Superhighway data obtained in 2015 from federal E-rate data and in consultation with members of the Minnesota Educational Technology Networks (http://www.metn.k12.mn.us).

Folks, we have a problem here. The per student cost for anything in education, let alone a basic necessity like Internet access, should not be 146 times more in one district versus another. Yes, there are programs like E-rate at the federal level and Telecommunications Equity Aid from the state that help pay for some of the cost, but at the end of the day, districts like Herman-Norcross still use proportionally more of their limited funding to pay for basic Internet access than other districts. I struggle to find another example of a basic service in education that comes close to this level of inequity.

We know that there are many reasons for this. In my examples, all three of the districts purchase their Internet access through cooperatives, which tends to drive down costs by aggregating purchases and going through competitive bidding processes. However, in many parts of the state, there are only one, maybe two providers who are capable of providing the access that schools need and this diminishes the effects of a competitive bidding process. Geography plays a role as well. In areas where communities are long distances from each other and far from a regional center, costs are higher to deliver some services. That said, we don’t see this kind of wildly differing cost with services like electricity, phone service, educational supplies, curriculum or even food.

So, what can we do about this? I suggested the following possibilities to the Task Force.

Moving forward, districts will need to purchase more bandwidth as the Internet continues to weave itself deeper into our everyday lives. A few simple changes to funding now will balance the inequity, but schools, cooperatives, providers and the state will need to continue to work together on economies of scale to close the affordability gap that currently exists. You can see the slide deck that I presented to the Task Force at: https://goo.gl/aqVevT