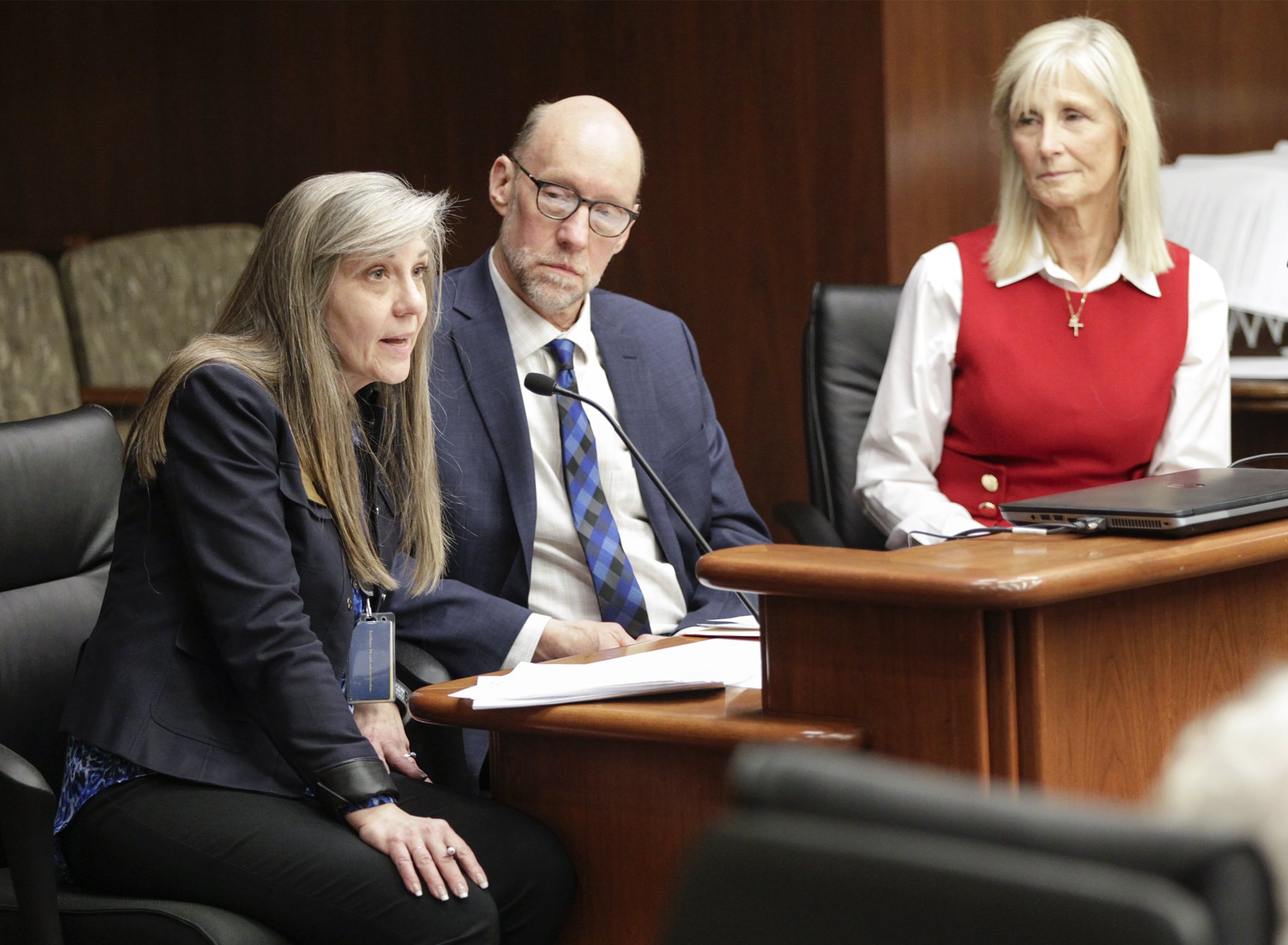 Cheryl Polzin — treasurer of the Wayzata School Board and an MSBA Board Director — testifies on HF 521, sponsored by Rep. Jim Davnie (center) to appropriate an unspecified amount of state bond proceeds to fund another round of school safety grants. MSBA Associate Director of Government Relations Denise Dittrich (right) also testified on the bill. Photo by Paul Battaglia, Session Daily

In response to a wave of school shootings, the 2018 Legislature appropriated $25 million to fund a school safety grant program.

Aiming to address the remaining need, HF 521, sponsored by Rep. Jim Davnie, the division chair, would appropriate a yet-to-be-determined amount of state bond proceeds to fund another round of school safety grants of up to $500,000 per facility.

The bill was approved by the division and now heads to the House Ways and Means Committee. There is no Senate companion.

The Department of Education, which oversaw the grant program, received 1,187 applications last year, with requests totaling $255.5 million. Funding was awarded to 90 districts or charters for security and violence prevention improvements at 123 building sites across the state.

“Those schools who applied for this grant have now publicly identified their needs, and more specifically their security needs, and this could create a vulnerability or a liability issue with these school districts,” she said.

As with the last cycle, the new grant funds would be awarded on a lottery basis, however, priority would be given to districts that submitted an application in 2018. The funds could be used to predesign, design, construct, furnish and equip school facilities, including renovating and expanding existing school buildings.

Cheryl Polzin, Wayzata School Board treasurer and an MSBA Board Director, reiterated the need for additional funding, explaining that districts are currently struggling to choose between going without the safety measures deemed necessary, or taking the funds from an already strapped budget, compromising other programs.

“I also encourage you to support bills that would expand qualified uses of long-term facilities maintenance bonds, as well as bills that will increase the safe schools levy,” Polzin said. “These tools, along with additional safety grants from HF 521, will provide a many-pronged approach, allowing districts to use whichever tool best fits their unique needs.”

View this story and more at Session Daily.