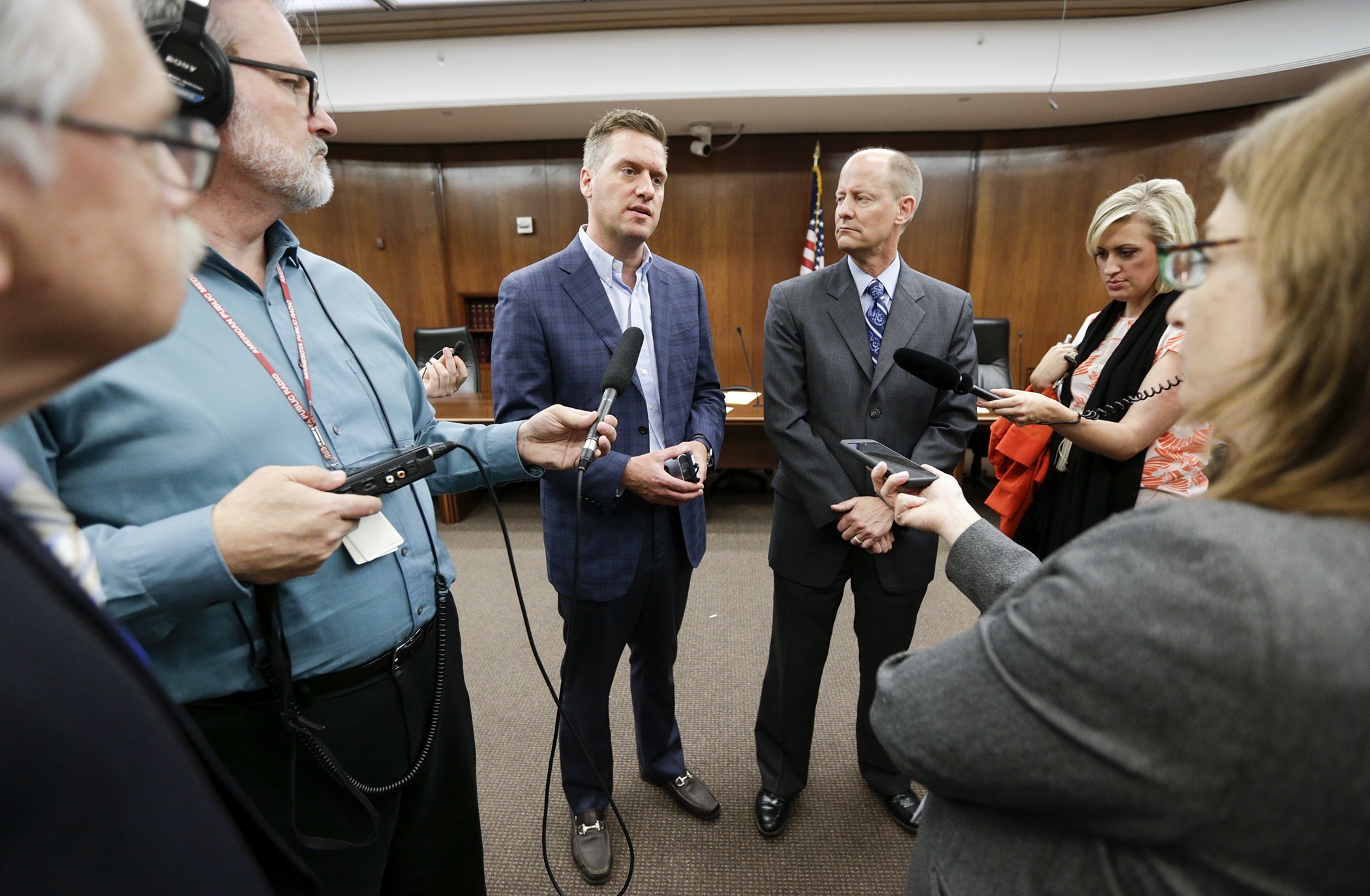 House Speaker Kurt Daudt and Senate Majority Leader Paul Gazelka speak with the media after a June 2 meeting of the Legislative Coordinating Commission, which voted 7-2 to retain outside counsel in litigation arising from the governor’s line-item vetoes of funding for the House and Senate. Photo by Paul Battaglia, Session Daily

See you in court. That was the message Friday from Republican House and Senate leadership in approving a resolution to seek outside legal representation in an effort to restore funding for the Legislature that Gov. Mark Dayton line-item vetoed May 30 as part of an ongoing standoff.

During a meeting of the Legislative Coordinating Commission, lawmakers OK’d the measure on a 7-2 party-line vote to allow the Legislature to hire an outside attorney in preparation for potential litigation over the defunding.

Earlier this week Dayton signed into law nine budget bills that make up Minnesota’s $46 billion, two-year budget. But he struck $130 million in funding for the Legislature for the fiscal biennium that begins July 1 in an effort to bring lawmakers back to renegotiate a handful of items included in the legislation the governor doesn’t like.

House Speaker Kurt Daudt and Senate Majority Leader Paul Gazelka have called the governor’s move unconstitutional and said Friday that suing to overturn his maneuver is the only way forward.

“I’m not going to sit down with the governor to renegotiate something he has already agreed to,” Daudt said.

Read more of this article at Session Daily.