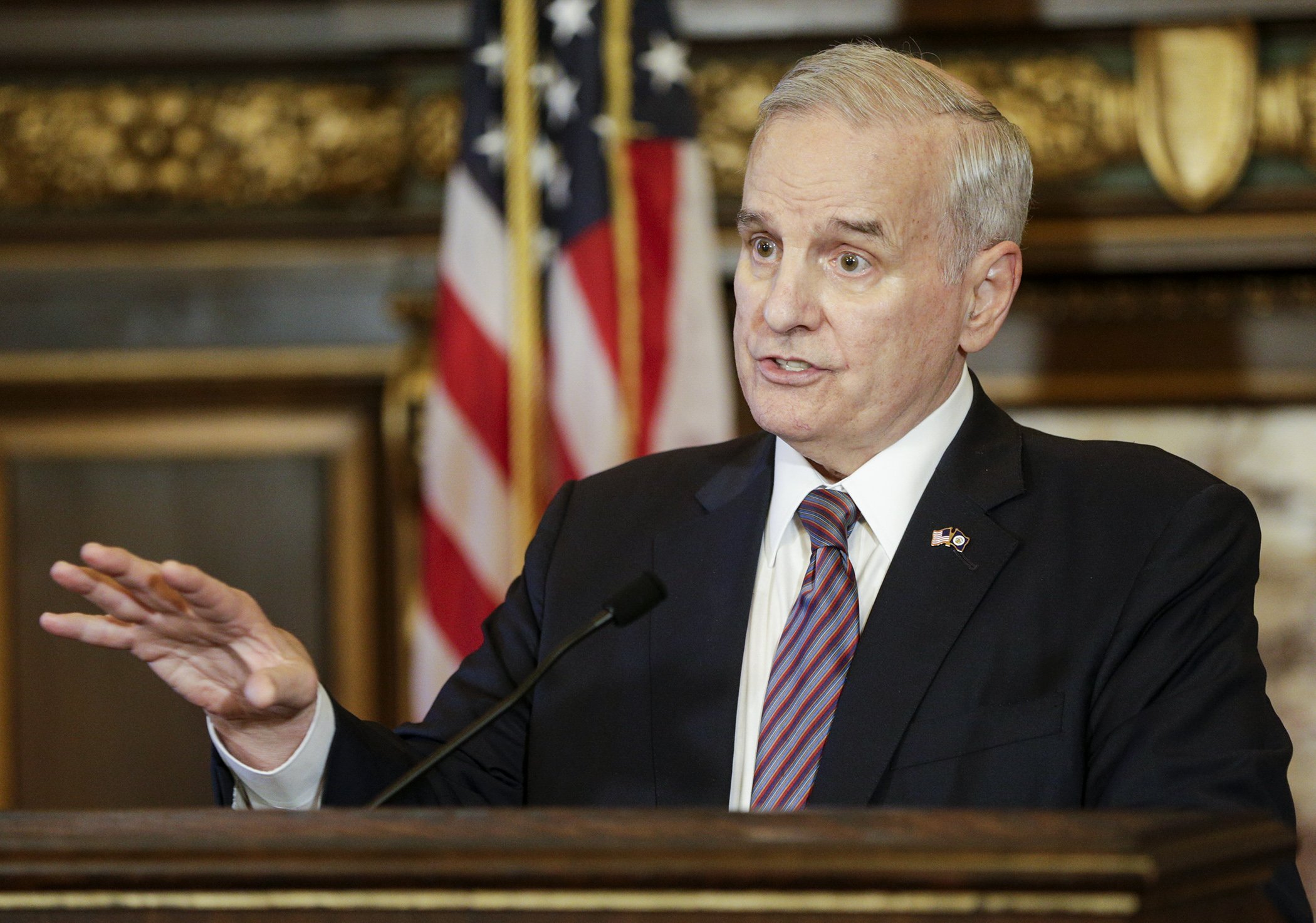 Gov. Mark Dayton speaks to the press June 9 about the repercussions of rescinding the tobacco tax inflator and his hope to meet with legislators to talk about some of the provisions to which he objects in budget bills he signed May 30. Photo by Paul Battaglia

Gov. Mark Dayton said Friday he remains hopeful his dispute with Republican legislative leaders over funding for the House and Senate can be solved at the negotiating table, rather than the courtroom.

House Speaker Kurt Daudt and Senate Majority Leader Paul Gazelka said last week they plan to sue the governor in order to restore legislative funding for the 2018-19 biennium that Dayton line-item vetoed from a state government finance bill May 30.

The governor said he has not yet engaged in “substantive legal discussions” regarding a potential legislative lawsuit, nor considered the potential ramifications on future governors and legislatures should such a legal case come forward.

“I’d like to see this resolved through negotiations,” Dayton said during a morning news conference at the Capitol.