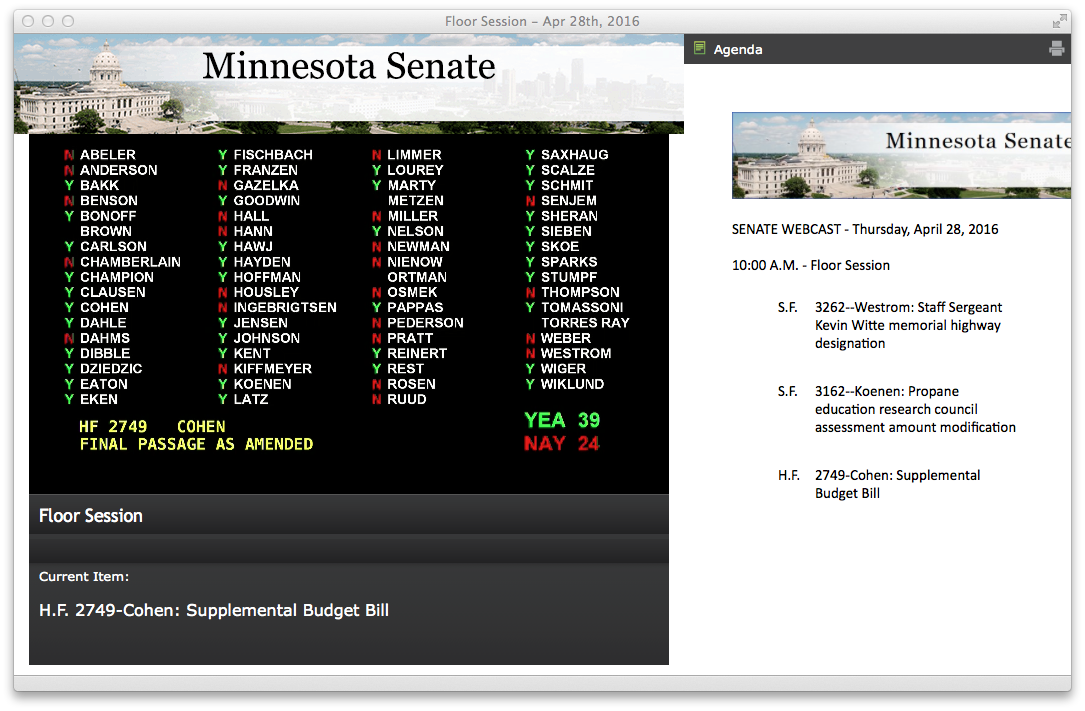 On a divided 39-24 vote, the Minnesota Senate approved a supplemental budget bill Thursday that allocates nearly $500 million to several state initiatives. Among the big items, $91 million is designated for programs to curb economic disparities among racial groups.

Another $85 million is directed at expanding broadband in Minnesota. E-12 education and higher education would receive an additional $96 million, and health and human services programs would gain an additional $43 million.

Senate Republicans attempted to direct the nearly $500 million to funding transportation improvements, but their proposed change to the bill failed to gain enough DFL support.

There were 26 amendments offered which provided for eight hours of debate on the Senate Floor. There were three amendments that passed that will impact public schools: