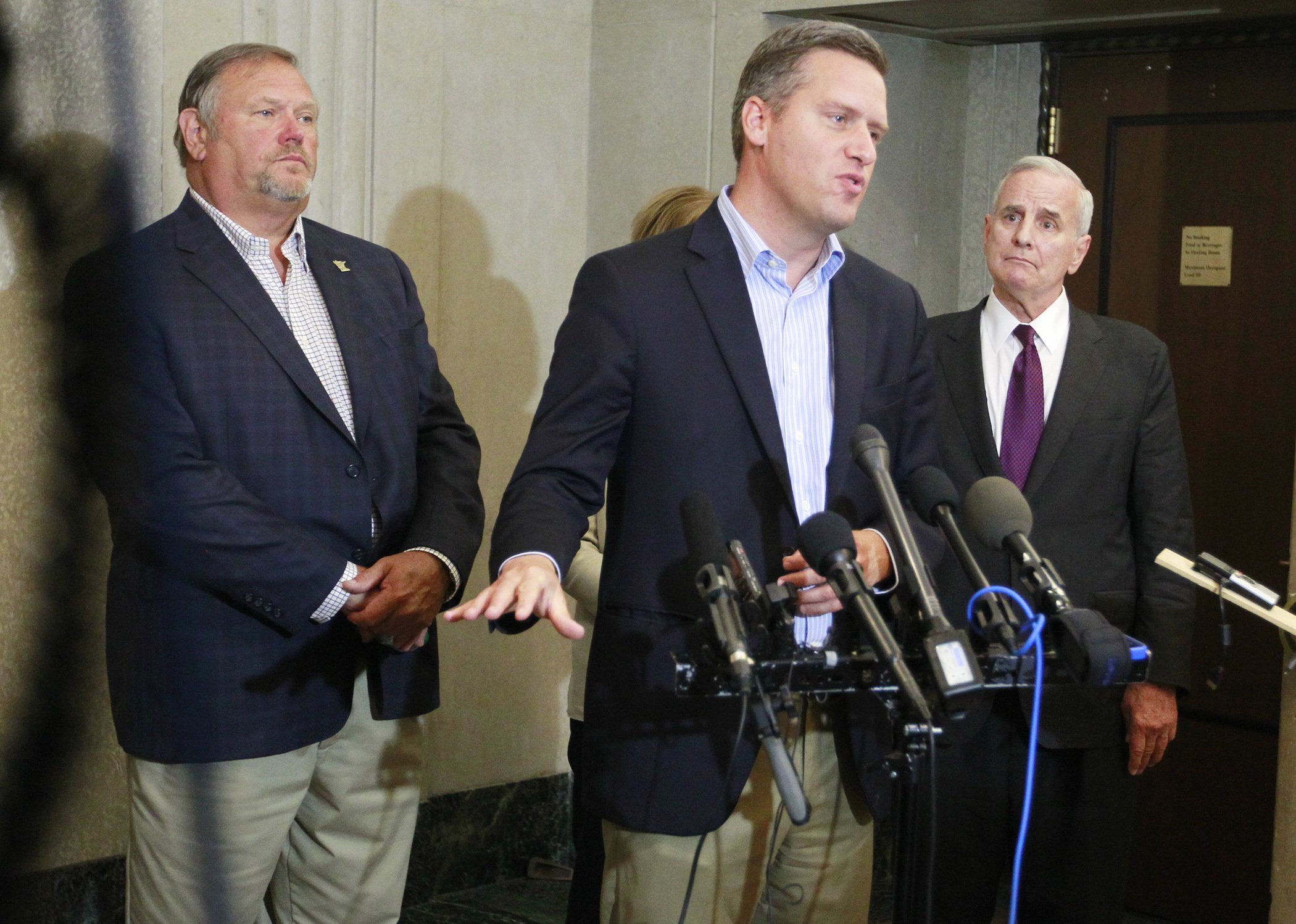 Gov. Mark Dayton and legislative leaders said Friday they expect to hold a special session in mid- to late-August to pass at least a corrected tax bill and public works borrowing bill.

Daudt said legislative leaders are working toward finding agreement in time for a special session to be held the third week of August.

Visit http://www.house.leg.state.mn.us/sessiondaily/SDView.aspx?StoryID=11326 for the remainder of the article.