The House Education Innovation Policy Committee heard testimony on a trio of bills related to local control issues Tuesday. All three bills were strongly supported by education officials and advocates.

Up first was HF100, a bill sponsored by Rep. Kim Norton that would allow school districts to begin the school year before Labor Day. The bill includes a compromise to the tourism industry and Minnesota State Fair — requiring the Thursday and Friday before Labor Day off for schools.

Norton said she wants local school boards to have the authority and flexibility to make that decision themselves. Her bill would NOT mandate schools to start before Labor Day. “Let’s give every school district the chance to start their own calendar based on their own community’s needs,” Norton said. “This is an issue I have felt passionate about since my time on the (Rochester) School Board.”

MSBA’s Snezhana Bessonov testified to the committee that this pre-Labor Day start bill is supported by MSBA members, and noted that repealing this mandate is a matter of student achievement. “Restoring local decision-making allows districts greater flexibility in their attempts to improve student achievement,” Bessonov said.

Up next was Rep. Ron Kresha’s bill (HF466) which would authorize a school start date of September 1 for the 2015-2016 school year. Kreshna said he was “sensitive to both sides this issue” (local school board control vs. concerns of tourism and State Fair officials), but ultimately wants to see barriers removed from local school board members to allow them to make their own decisions.

Erickson laid HF466 on the table for future discussion. 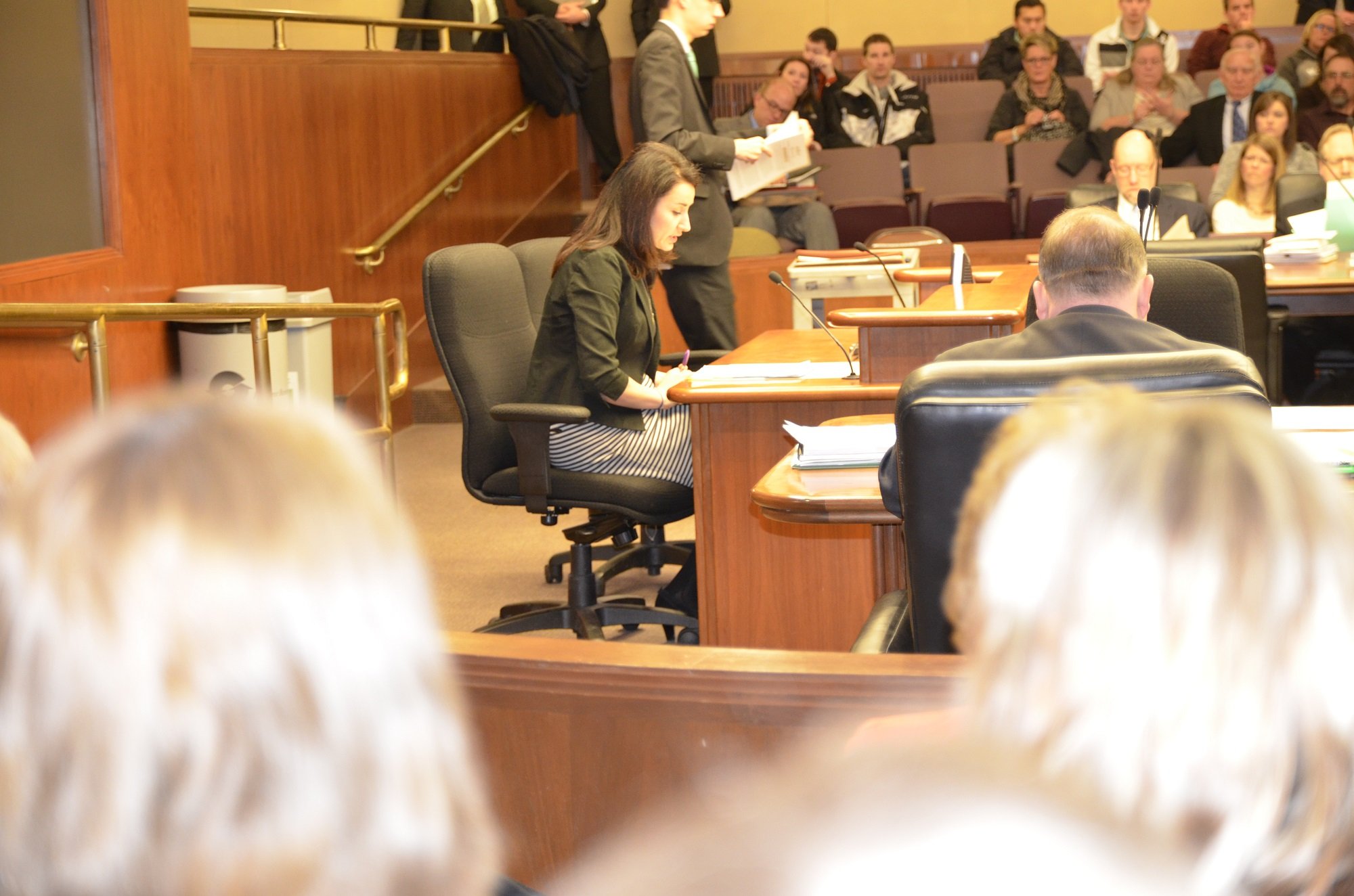 MSBA’s Snezhana Bessonov testified in favor of allowing public school boards to choose when they want to start their school calendars Tuesday during a House committee hearing. 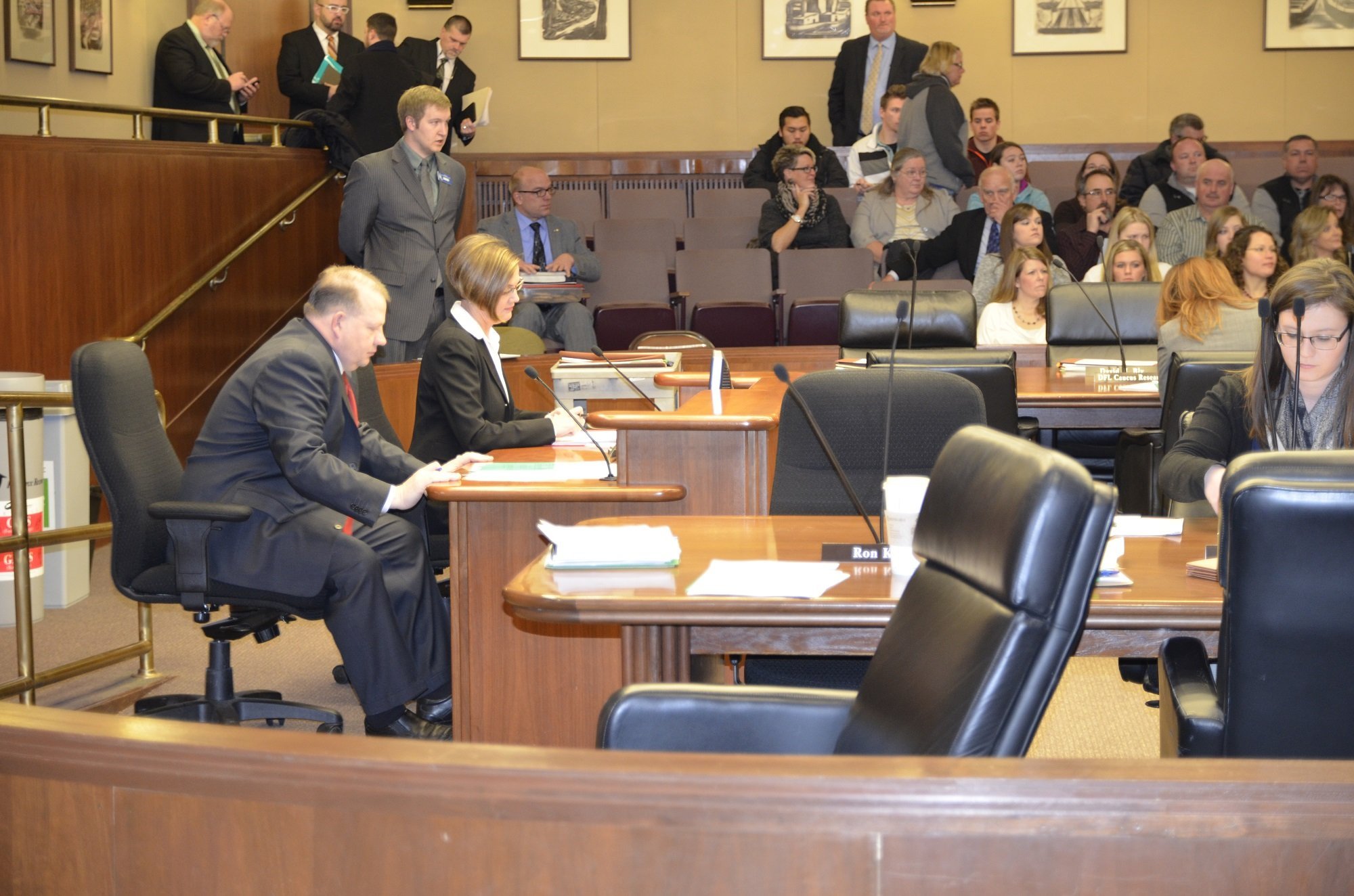 The final bill on the docket (HF197) would allow school boards to implement flexible learning year programs without the approval of the education commissioner.

Seven of the 11 Minnesota school districts currently using four-day weeks will have to involuntary switch back to five-day weeks over the next two years. (See related MPR story from May 2014.) The bill’s author, Rep. Tim Miller, told the committee this matter should be decided at the local level. “Elected school boards best to determine their districts’ needs,” Miller said. “School districts should have authority on how to administer school hours.”

Officials and students from four school districts — Blackduck, Lake Superior, MACCRAY (Maynard, Clara City, and Raymond) and Ogilvie — provided compelling testimony in support of Miller’s proposed legislation. Blackduck High School Principal Josh Grover said his students have flourished since the district instituted the four-day week schedule six years ago. “This may not be for every district, but it works for our district,” Grover said. “Allowing local decision-making just makes sense,” Grover told the committee. “Our students, teachers and parents see the four-day week being the best schedule. Please let us make the choice for what we know is best for our students, not what the Minnesota Department of Education (MDE) thinks it best. Why are we trying to fix something that is NOT broken? People on the front lines need to be making the decisions for kids.”

Blackduck High School science teacher Debra Sandvig asked: “Why is the MDE trying to fix a system that our working for our district?”

MACCRAY Superintendent Brian Koslofsky, whose district is in its seventh year in the four-day-week schedule, said control for public education should be kept close to the community.

Ogilvie School Board Chair Jeff DeYoung wasn’t pleased with the MDE’s decision to NOT grant renewals for four-day schedules. DeYoung said all the reasons the Department gave for that decision were “erroneous assumptions based on limited information.”

Ogilvie Superintendent Kathy Belsheim said the four-day school week has saved the district money, allowing them to provide more curriculum offerings. “Please let our school board have local control over what is best for our staff, students and community,” Belsheim said. 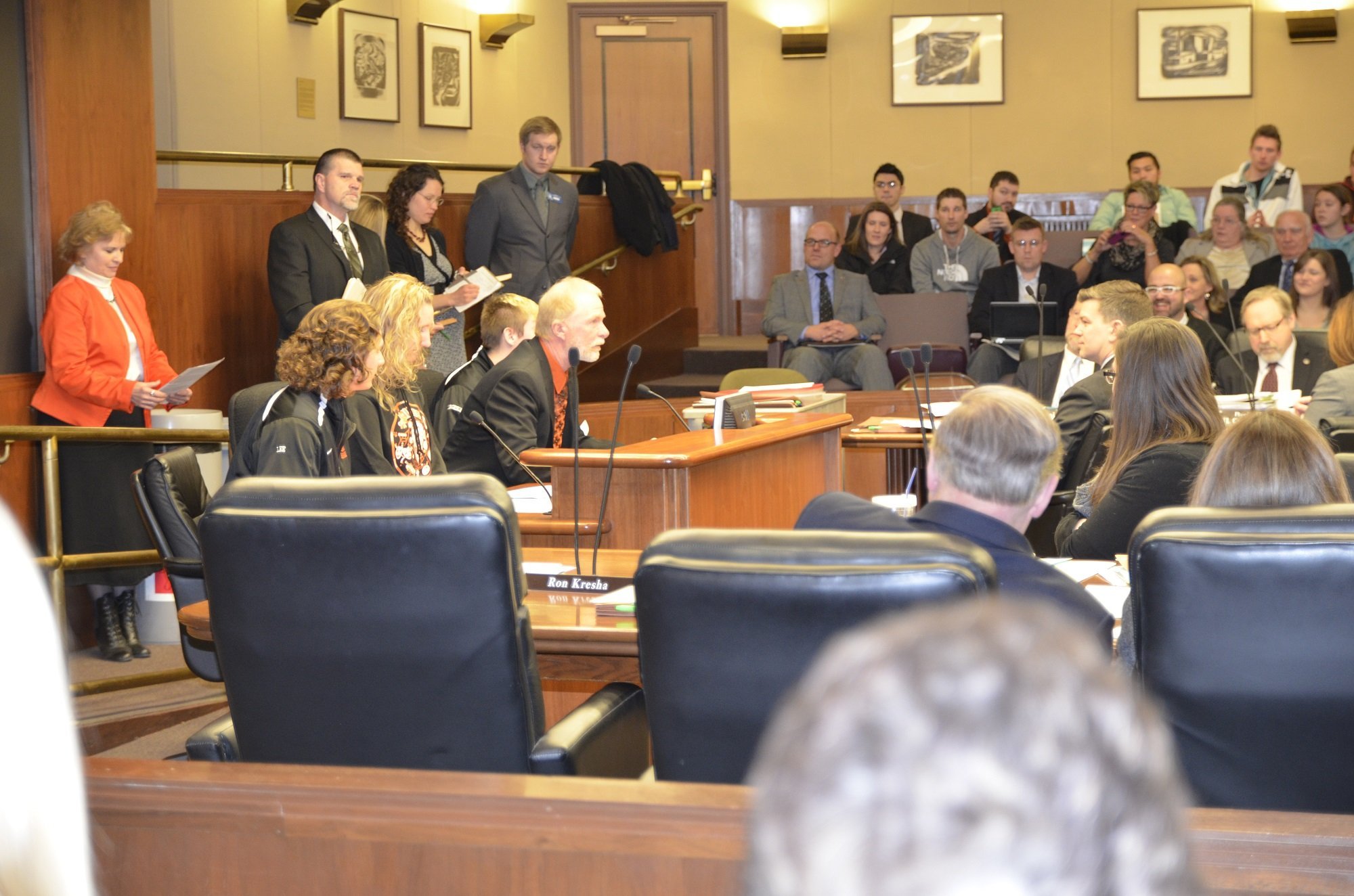 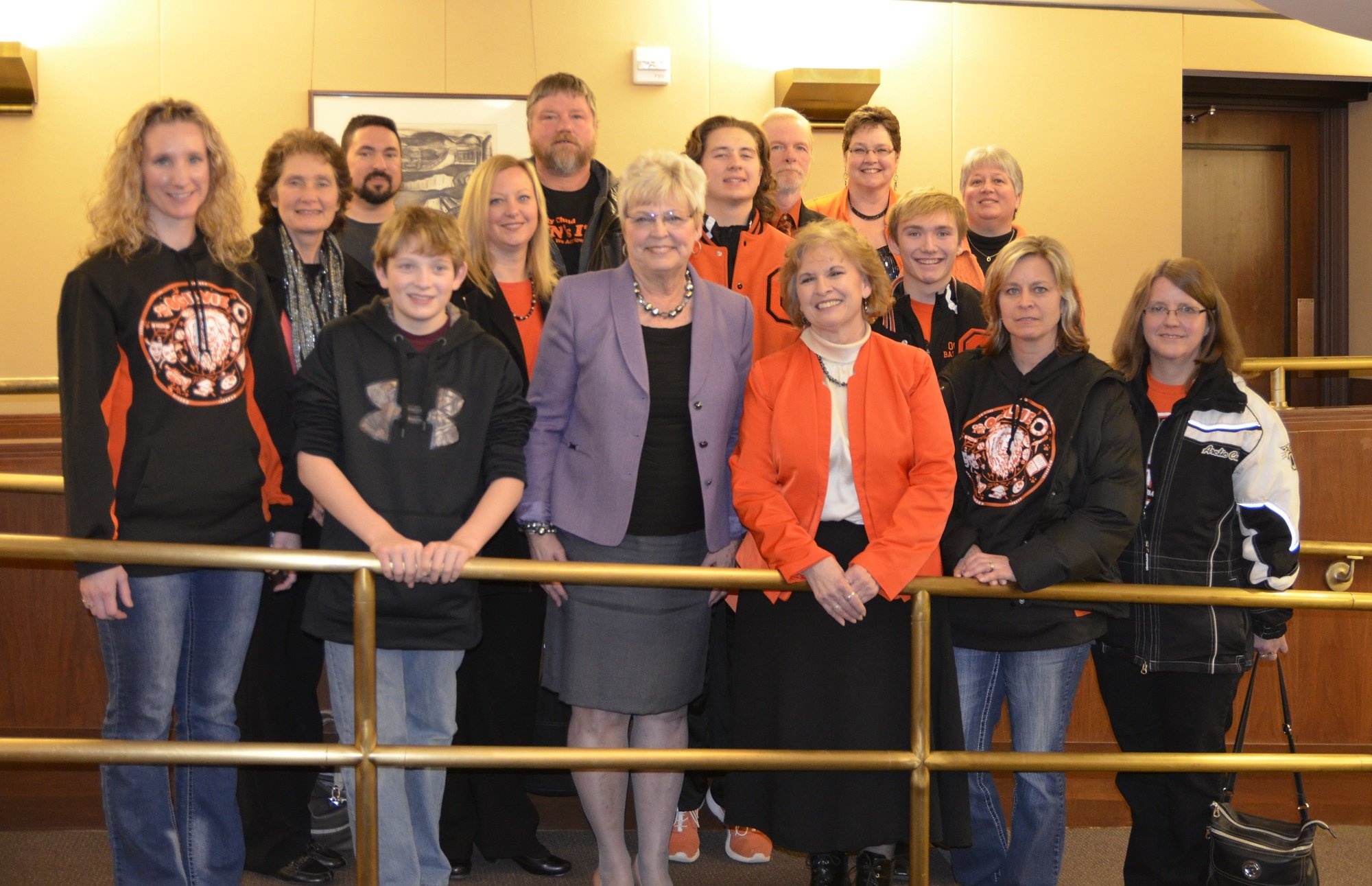 A large group of school officials and concerned citizens from Ogilvie made the trip to St. Paul to advocate for local control.

Rep. Dean Urdahl noted that one of the school districts in his political district, Atwater-Cosmos-Grove City, has gone from a failing school to a Reward School of Excellence since moving to a four-day week. “I have urged Gov. Dayton to be flexible on this,” Urdahl said.

Atwater-Cosmos-Grove City’s flexible learning year plan will be up for renewal in 2016.

Erickson placed Miller’s bill on the table for future discussion.

Click here for related story from the Bemidi Pioneer (“Schools with 4-day weeks plead to continue”).