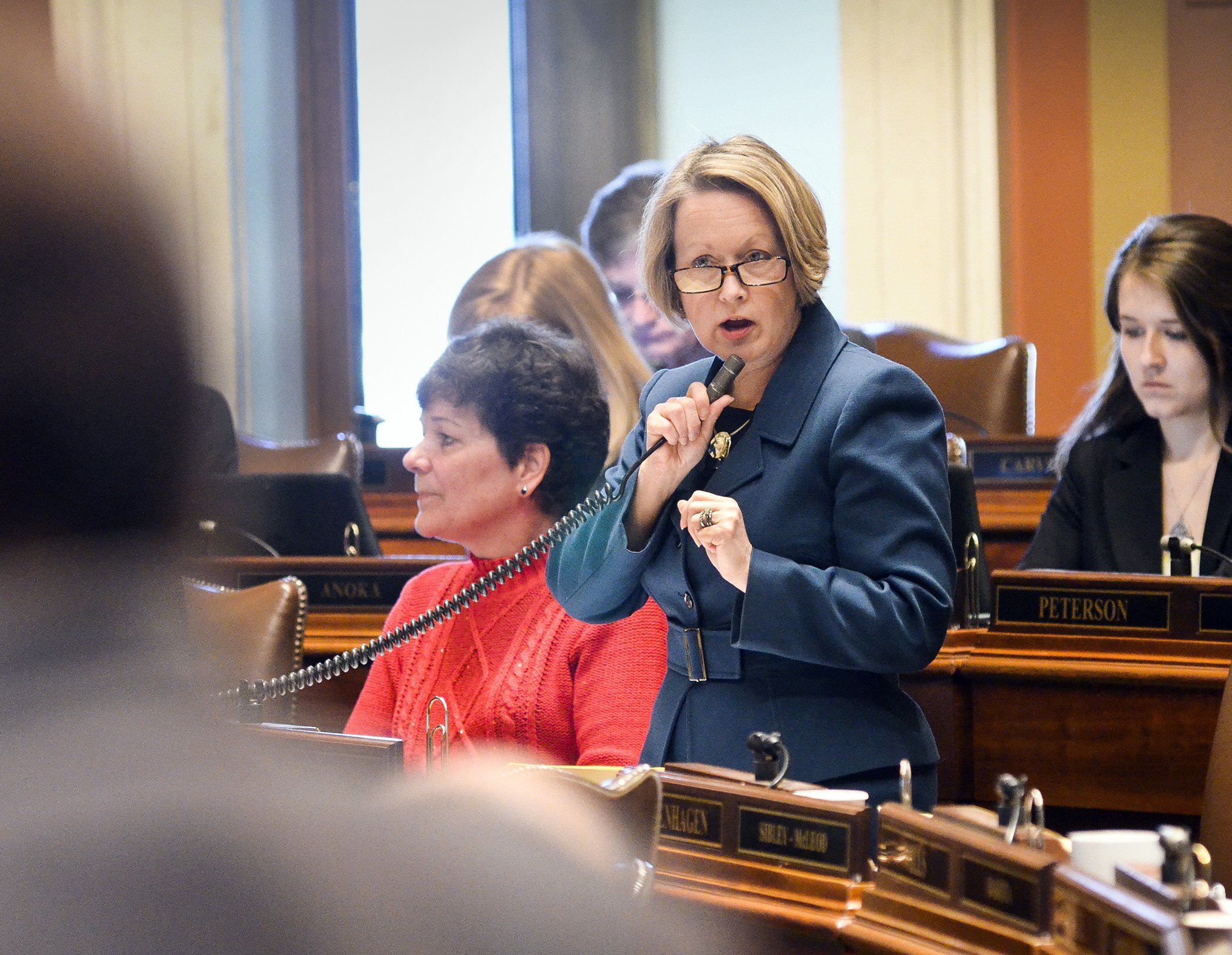 Reform to teacher tenure-based layoff policies and streamlining of licensing for out-of-state educators have become contentious topics among legislators and a wide range of K-12 advocates in recent weeks, as House Republicans have included those proposals in a bill they have cited as a top education priority this session.

But DFL legislators expended considerable procedural efforts on the floor Thursday to argue that many of the bill’s proposals — including one that would diminish the impact of teaching seniority in layoffs — will not produce meaningful reforms its supporters have touted.

Passed, as amended, 70-63 by the House late Thursday, it now goes to the Senate, where Sen. Terri Bonoff (DFL-Minnetonka) is the sponsor.

Proposed reforms that have received the most attention among legislators include measures that would:

“Quality teaching, next to parent involvement is the most important factor in how a child will achieve academic success in school,” said Loon, who added that the bill’s myriad provisions would ensure that students across the state have the most effective teachers possible in their classrooms.

But DFL leaders who sit on House education committees dispute those claims.

“The very premise of HF 2 undermines all of those good things that are going to truly increase student performance and close the achievement gap,” said Rep. Paul Marquart (DFL-Dilworth).

According to a fiscal note provided by Minnesota Management & Budget, the bill comes with an $895,000 cost, a revelation that prevented the bill from coming to the House Floor a week ago. Instead, it was sent to the House Ways and Means Committee for approval earlier this week.

How to best retain teachers

Allowing a school district to use teacher evaluations as a measurement to be considered when faced when layoffs is not about getting rid of teachers who are not performing, said Denise Dittrich, Associate Director of Government Relations for the Minnesota School Boards Association. “HF2 is the tool that will allow school board members to retain the best teachers when layoffs are required.”

But the proposed legislation has been roundly criticized by officials from Education Minnesota, the state’s predominant teachers union. Their biggest beef centers on its “Last In, First Out” reform that union representatives say would unfairly diminish the impact of seniority, overly rely on teacher evaluations that were implemented for the first time last school year and disrupt an environment of collaboration among teachers.

Education Minnesota also opposes the out-of-state licensure reform, which its officials have argued would actually lower the quality of student’s education by allowing teachers from other states to obtain their Minnesota license without having to meet the same rigorous standards as educators who have been trained in Minnesota teacher preparation programs.

Seniority has long been used as the sole measuring stick when the vast majority of the state’s more than 300 public school districts are forced to decide which teachers to keep and which to let go during periods of shrinking budgets. Reliance on tenure is reinforced by a state statute that mandates school districts and teachers union representatives use seniority when they are unable to reach a locally-negotiated layoff agreement.

“We know from a number of surveys and public opinion polls that have been taken that parents expect that effectiveness and merit is going to be part of the decision when considering which teachers would be retained if your school is going to lay off teachers,” Loon said.

The proposal comes on the heels of 2011 legislation that took effect during the 2013-14 school year, which for the first time mandated that all of school districts implement annual evaluation for its teachers.

According to HF 2, provisions related to consideration of teacher effectiveness in determining layoffs would not take effect in each district until after three full years of teacher evaluations have been completed.

“Layoffs based on license and seniority provide a predictable, reliable and credible layoff system for districts,” said Jess Ann Glover, an attorney for Education Minnesota. “The bill’s LIFO reform provisions amount to a smokescreen for failing to tackle real reasons why some students struggle in school.”

Officials representing school administrators around the state support the measure. They say inclusion of teacher evaluations in layoff considerations would provide needed flexibility for school districts to look at more than just one factor when determining which teachers will be let go.

“While I do agree that the current statute that uses seniority to determine unrequested leave is predictable, I would suggest that just because something is predictable doesn’t mean it’s in the best interest of our children,” said Gary Amoroso, executive director for the Minnesota Association of School Administrators.

DFLers said the provision would lead to breakdown of morale among teachers and put an unnecessary spin on the teacher evaluation process.

“A teacher evaluation system that was designed to encourage collaboration among teachers as they work to improve is now being turned into a system to decide whether you are the person that is going to be laid off,” said Rep. Barb Yarusso (DFL-Shoreview) in committee.

Rep. Peggy Bennett (R-Albert Lea), a longtime educator, said the teacher evaluation provision is not about picking on teachers.

“It allows us to keep the best teacher when schools are faced with the unfortunate event of a layoff,” she said.

Paving the way for an easier path to licensure

Although changes to teacher licensing process have been enacted in recent years, bill supporters say such reforms are either not working, or do not go far enough to help teachers navigate through a licensing process that lacks transparency.

Ninety-nine percent of the 1,300 students at Harvest Network of Schools are African American and many come from low-income families. Leaders at the North Minneapolis-based preparatory academy say they support HF 2 because it will allow them greater flexibility in ensuring the practical teaching experience and diversity of its staff reflects the school’s student body.

Specifically, founder and CEO Eric Mahmoud endorses a provision that would provide alternative pathways to Minnesota licensure for teachers who have taught out-of-state.

“We want to have a more diverse staff working with our students,” Mahmoud told legislators last month. “In particular in the area of giving more flexibility to support the hiring of out-of-state teachers.”

Current law allows school districts to seek out and hire qualified individuals — classified by the Department of Education as “community experts — who do not currently have Minnesota teaching licenses to teach courses where a school can demonstrate they are unable to find a licensed teacher for hire. Community expert variances have one-year terms that can be renewed for up to three years. But schools must first seek Board of Teaching approval.

DFLers have expressed skepticism as to whether such reforms contained in HF 2 will actually improve the quality of teachers in the classroom.

“I am terribly concerned about the scenario of where we are going to place non-licensed people in front of our kids possibly at a greater trend then we have seen in the past,” said Rep. Carlos Mariani (DFL-St. Paul). “And I fear that HF 2 … sets up that scenario for us.”

During floor debate, Loon emphasized that streamlining the licensure process for out-of-state teachers will help alleviate a shortage of teachers in several subjects that classrooms across the state — particularly in rural and inner city schools — have experienced in recent years.

Other provisions of HF2 include:

Click here to view the story at Session Daily.